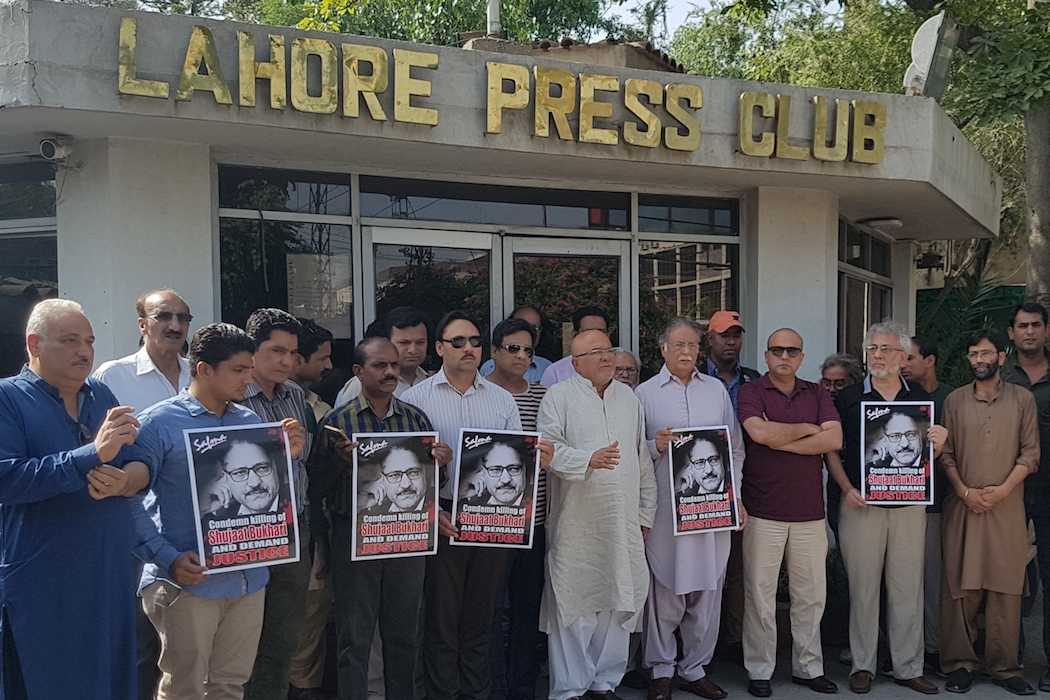 Media organizations are calling for press freedom as journalists continue to be targeted on both sides of the India-Pakistan border.

Bukhari, the editor of Rising Kashmir, was shot dead outside his office in Srinagar on June 14.

"We demand an impartial inquiry into the assassination. His truth was not tolerated. He worked in difficult conditions and faced bans on both advertisements and his newspaper. We are seriously concerned over censorship across Jammu, Kashmir and Pakistan," Imtiaz Alam, secretary-general of the South Asian Free Media Association (SAFMA), told ucanews.com.

Bukhari was also the convener of SAFMA in Jammu and Kashmir state, which had asked the Indian federal government to seek a ceasefire between militants and security forces during the month-long Muslim holy period of Ramadan.

The conflict dates back to 1947 when India and Pakistan became separate states after British rule ended. Both countries claim Kashmir in full and have fought at least three major wars over the region. India claims Pakistan supports militancy in the area, but Pakistan rejects that allegation.

International organizations claim the Pakistani media, though regarded as among the most vibrant in Asia, is being pressurized by extremist groups and intelligence agencies. Five working journalists were killed in the country last year.

Islamabad is the most dangerous place to be a journalist in Pakistan, claimed media rights watchdog Freedom Network in its Press Freedom Barometer 2018. At least 157 attacks and violations were documented across the country.

Media channels reacted strongly after two journalists were attacked in Lahore on June 6. TV anchorman Asad Kharal was attacked by masked men near Allama Iqbal International Airport, while journalist and activist Gul Bukhari was abducted and released by unknown persons.

Alam said the recent spike in attacks on journalists is linked to the general election due to be held on July 25.

"Media houses are also being threatened. We call upon the caretaker government and concerned authorities to stop the ongoing intimidation. Without free media, there is no democracy or free and fair elections," he said.

Father Nasir William, director of the Commission for Social Communications in Islamabad-Rawalpindi Diocese, said it is impossible to control the media.

"It is not a sacred service anymore. People neither trust nor read magazines and newspapers. Despite its sacrifices, the electronic media does not report about minority victims of blasphemy. The Indian media blacks out stories of atrocities on Kashmiris just like the Pakistani media remains silent on our plight," he said.