Nearly a year after a brutal crime, police are accused of supporting the culprits Suriya Bibi, the mother of Saleem Masih, with a photo of her murdered son. (Photo supplied)

A Christian family are appealing for justice almost a year after their son was killed for washing himself in a well owned by a Muslim farmer in Pakistan’s Punjab province.

Both his family and a local pastor claimed that he was tortured and electrocuted for two hours for washing himself in a well owned by a Muslim farmer. The 22-year-old died three days after he was attacked.

Police arrested Sher Dogar, a Muslim landlord, and his partner. All the accused were released on bail in October.

“They remained in jail for a month. They accused him of desecrating their water. Now they are enjoying parties outside as landlords and we are circling around the court for hearings. They are offering blood money and giving death threats. They fraudulently got thumb impressions of Saleem’s children on a reconciliation paper,” said Nadeem Masih, elder brother of Saleem.

“Police claim he died of an accident in Lahore. We want justice for our brother. We want them killed the same way my brother died.”

High Court lawyer Shirjeel Zafar Ghauri said the case was spoiled from the beginning by Christian leaders who offered legal aid to the victim's family.

“They are illiterate laborers and don’t know the specifications of their own application. It was filed in their absence in the police station. Ali Shehzad, the main accused, was not nominated in the first information report. Shehzad was nominated in a supplementary statement 20 days after the death of Masih,” he said.

“The victim’s dying declaration, the most important evidence, was removed from records. The medical evidence was tempered during a 24-hour delay in the post-mortem report. Both the administration and the police are apparently malicious and are supporting the culprits. We are afraid the untimely efforts won’t be fruitful.”

Pastor Saleem Massey, in charge of a Christian evangelical church located in front of the victim’s mud house, declined to comment. 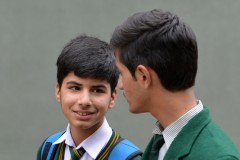 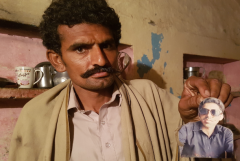 In August 2017, Sheron Masih, a Christian student in grade 9 at a school in Burewala, Punjab province, was killed by classmates for allegedly drinking from a cup used by Muslims.

Declaration of the value of blood money is part of the Qisas (retribution) and Diyat (blood money) Ordinance 1990, which was introduced by Gen. Ziaul Haq as part of the Islamization process in Pakistan.

In awarding diyat, courts must take into account the financial position of the convict and the victim’s heirs, but the amount fixed must not be less than the value of 30,630 grams of silver.