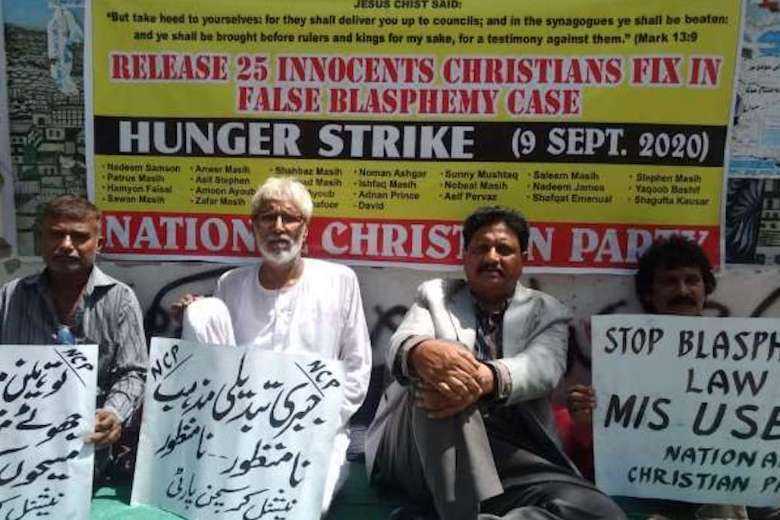 Christian activists are urging a review of Pakistan’s prosecution process following the acquittal of a Christian sentenced to life in prison for blasphemy a decade ago.

Lahore High Court on Dec. 15 acquitted Imran Ghafur after he spent more than 10 years in prison for allegedly burning a sipara (a chapter of the Quran) while cleaning his bookshop in Hajweri town, Faisalabad. A mob of about 400 enraged Muslims gathered at his house in July 2009 and beat him before his arrest.

In 2010, the Sessions Court of Faisalabad sentenced Ghafur to life in prison and a fine of 100,000 rupees (US$622) under Sections 295-A and 295-B of the blasphemy laws. His family moved into hiding following the acquittal.

Nadeem Anthony, who headed a fact-finding mission of the Human Rights Commission of Pakistan to Hajweri town in 2010, claims Ghafur was innocent.

“Ghafur was a successful businessman running a shop at the corner of the market. His Muslim neighbor, who ran a laundry shop, produced a partially burnt sipara as evidence. He manipulated local mosques in declaring him a blasphemer,” Anthony told UCA News.

“It was the first case in which a Christian was sentenced to 43 years in prison despite the lack of an eye witness. Such strange punishments pose serious questions about the dispensation of justice. Such victims face unnecessary threats.

“The lower courts must review the law of evidence. Pressure from religious groups should not affect dispensation of justice. The verdict of ‘found not guilty’ is not enough. The recent acquittals of blasphemy victims pose questions about the prosecution system.”

In October, a Lahore High Court division bench acquitted Sawan Masih, another Christian man who had been sentenced to death on blasphemy charges in 2014. He was convicted of using derogatory remarks about the Prophet Muhammad in a row with Muslim friend, a barber.

After the accusation of blasphemy in 2013, thousands of people attacked the Christian community of Lahore’s Joseph Colony, where Masih lived, and torched over 170 Christian homes and two churches despite a heavy police deployment.

Last year the Supreme Court of Pakistan rejected a final petition challenging the release of Catholic woman Asia Bibi on charges of blasphemy. Bibi, who was sentenced to death in 2010 after being convicted of insulting the Prophet Muhammad during an altercation with Muslim farm workers, had her conviction quashed by the Supreme Court in a landmark ruling which sparked days of violent protests.

“We appreciate the good news in this suffocating environment. However, the safety of acquitted Christians remains a constant concern. Their lives have become challenging as intolerance has increased in the past decade. There is no compensation from courts either. Who will return 10 years to Ghafur?”