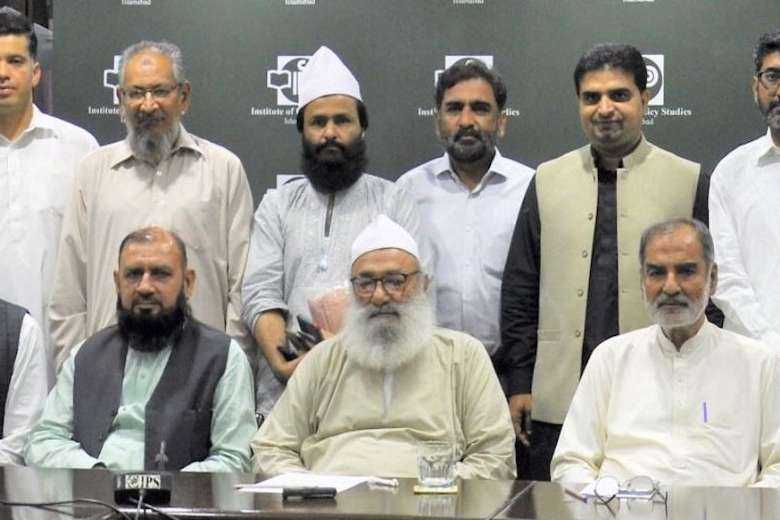 Some of the speakers at a consultation organized by the Institute of Policy Studies on Sept. 13 in Pakistan capital Islamabad termed the new proposed law against forced conversion a hoax. (Photo: supplied)

Muslim clerics in Pakistan are voicing opposition to a draft bill that would only allow "mature people" to change their religion.

The top trend on Twitter in Pakistan on Sept.15 was "#Islam mukhalif bill na manzoor [reject anti-Islam bill],” as a debate on the bill aimed at stopping forced religious conversions raged in the media.

Opponents of the bill seemed to direct their ire at Naveed Amir Jeeva, a Christian legislator who has been pushing the Prohibition of Forced Religious Conversion Bill, pending with the Standing Committee on Religious Affairs and Interfaith Harmony, since 2019.

Some even shared the Pakistani politician’s profile on social media, spewing hate and condemnation.

Human rights and minority groups have been demanding the government resurrect and pass the bill that would criminalize the kidnapping, forced religious conversion to Islam and subsequently forced marriage of underage girls in Pakistan.

A parliamentary committee to protect minorities from forced conversions recommended in February that only a "mature person" (adult) may be allowed to change religion after appearing before an additional sessions judge.

The committee suggested that the judge set a date for an interview within seven days of receipt of the conversion application. An additional clause empowered the judge with the option to grant the person 90 days to undertake a comparative study of the religions concerned before return to his office with a final decision.

The additional sessions judge may issue the certificate of conversion only after being completely satisfied, the committee recommended.

Tahir Mehmood Ashrafi, a cleric appointed as a special representative on religious harmony by Prime Minister Imran Khan, said he rejected the passage of what he called the “anti-Quran bill.”

“There is a bill to end complaints against forced conversions in the Federal Ministry for Religious Affairs and clerics are being consulted. I want to make it clear that no bill can be passed against the teachings of the Quran and Sunnah [the way of the prophet] because the Constitution of Pakistan is under the Quran,” he said in a statement.

According to Camillian Father Mushtaq Anjum, the draft gives a ray of hope to the religious minorities.

“Such opposition from the [Muslim] clerics is a matter of grave concern. Human rights must be upheld. The international community looks at Pakistan and how it behaves towards minorities. Such blatant refusal from the clerics is unacceptable. We reject this mindset,” he told UCA News.

“Such a reaction will strengthen the culture of impunity against young minority girls in Pakistan. It will give cover to incidents of kidnapping, forced conversion and forced marriages. It is the responsibility of the state to react against ultra-conservative rhetoric and inhuman practices, and provide a safe space for minorities,” he told UCA News.

Religious minority communities live under the constant threat of discrimination, persecution and intimidation in this Muslim majority society. The international community has the obligation to put pressure on Pakistan to protect its minorities against coercion, he said.