Pakistani Church gets its first 'Servant of God' 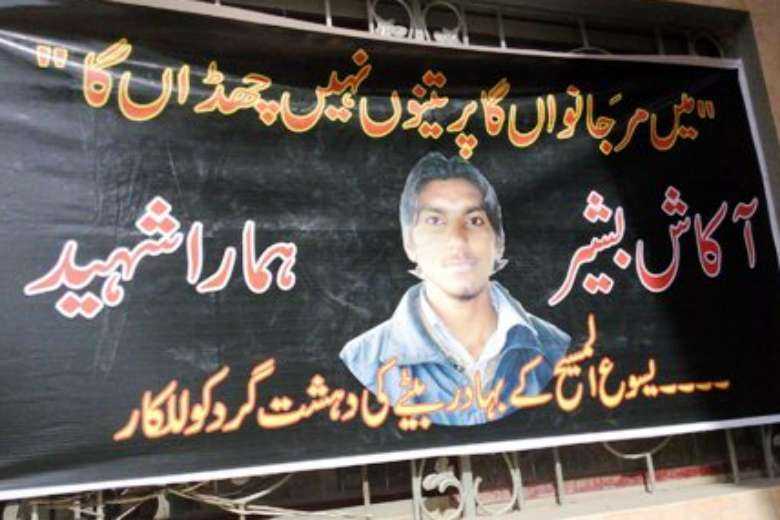 A poster of Akash Bashir, who stopped a suicide bomber from entering a church. (Photo supplied)

Pakistani Catholics have begun praying for the intercession of a young bombing victim who has been accepted a "Servant of God," launching the first cause for canonization of a local Catholic.

Celebrating the feast of St. John Bosco on Jan. 31, Archbishop Sebastian Shaw of Lahore announced that the Vatican has accepted Akash Bashir a Servant of God, paving the way for the first saint from the Islamic republic.

“A great day for the Catholic Church in Pakistan. He offered his life as a sacrifice to save the lives of the Christian community at St. John's Catholic Church, Youhanabad, Lahore. He is the first Pakistani Christian who has been raised to the rank of the Holy People of God,” said Father Francis Gulzar, vicar general of Lahore Archdiocese, in a notification.

In 2015, Akash, a 20-year-old volunteer, stopped a suicide bomber from entering the church. The attacker — from a Taliban splinter group — detonated the bomb, killing himself and Bashir outside the church.

Bashir was one of at least 15 people who died in the attack that also left more than 70 wounded. A nearby Protestant church was attacked simultaneously.

In 2016, Lahore Archdiocese began the movement to seek sainthood for Bashir on the first anniversary of the terrorist attack.

Akash symbolizes the strength of Christian faith in our country. I pray for the clearance of all steps to sainthood

The title "Servant of God" is given when the Church allows investigating the life and work of a Catholic, considering him as a candidate for sainthood. It marks the official opening of his or her cause of sainthood.

The first step in the process after that is the declaration of a person's heroic virtues, after which the Church bestows the title "Venerable." The second step is beatification, after which he or she is called "Blessed." The third step is canonization.

In general, for beatification one miracle needs to be accepted by the Church as having occurred through the intercession of the prospective saint and a second such verified miracle is needed for canonization.

“One of my sons shared that there is a special Mass at the church,” he told UCA News. “This is a very big honor for us. Akash symbolizes the strength of the Christian faith in our country. I pray for the clearance of all steps to sainthood.”

“When there is so much sad news, this news is very joyful. Akash remains a great model of a modern martyr. May he inspire and encourage all young people,” he stated in a Facebook post.