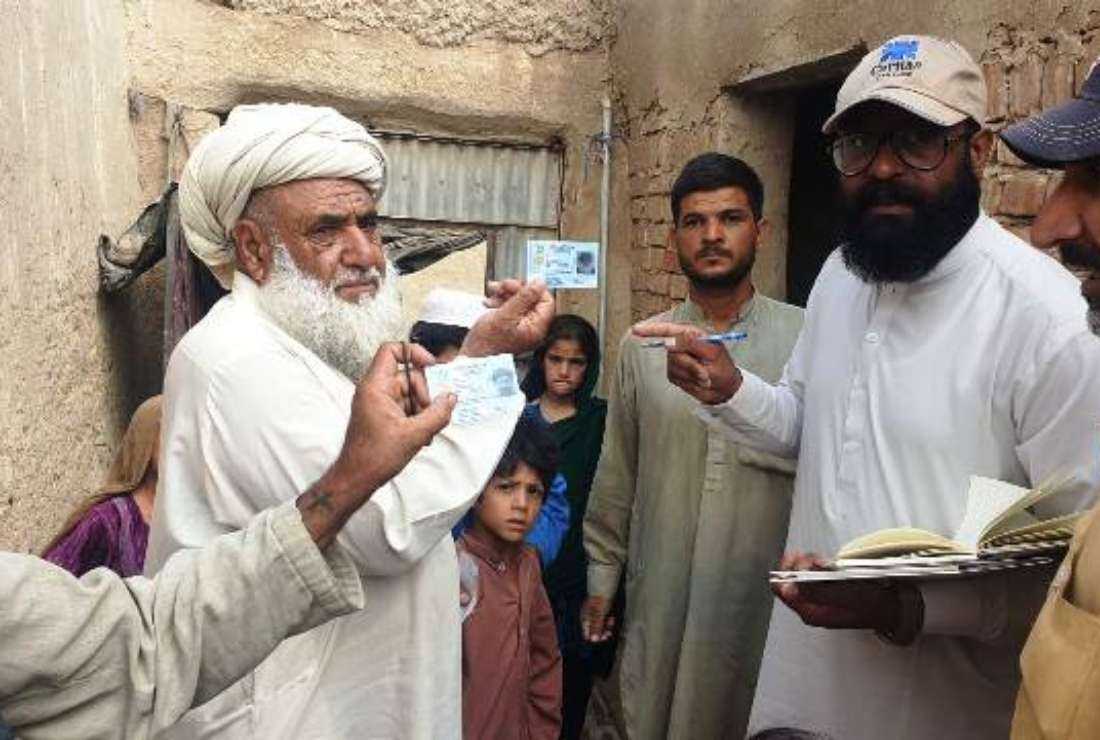 The unusually heavy rains and flash floods that hit Pakistan's Balochistan province in July have left a trail of devastation for Christians and Church-run institutions.

“At first we didn’t think much of the rain. However, after a week of continuous downpour, the white paint started to come off the old walls. Then the cement started crumbling and the ceiling started to swell,” recalled Father Samson Shakir as he narrated the damage sustained by a free tuition center attached to St. John Vianney Church in the provincial capital city of Quetta.

Finally, Father Shakir decided to close the Church-run center where 30 children from grades 1 to 10 were being imparted free tuition. The in-charge of Christ the King parish had other pressing matters to address.

“Churchgoers were advised to keep away from the old parish buildings as I was away visiting affected families from our parish. It was sad seeing the households of the poor covered in mud,” the priest told UCA News.

Many Christians in Quetta were already struggling to survive with the record inflation that has hit the nation. “Several of the affected families shifted to their relatives or friends. They cannot hope to rebuild their homes,” said Father Shakir.

According to the National Disaster Management Authority, July was the wettest ever in the past three decades in Balochistan. At least 554 people were killed and 990 reported injured while more than 46,200 houses were damaged due to heavy rains and resultant floods.

Quetta, the capital of the province bordering Iran and Afghanistan, is now declared a disaster-struck area by the government. Elsewhere, many districts have been disconnected from the rest of the province with roads and bridges being washed away. Seven dams were reported to have sustained damages.

The compound of St. Mary’s Church at Usta Muhammad, 333 kilometers southeast of Quetta, sank several inches as flood water rose while Sunday Mass had to be canceled at nearby St. Eugene parish. St. Anthony Church in Machh, another flood-hit town, was cut off after a connecting bridge collapsed.

The Quetta mission currently has about 33,400 Catholics, forming 0.25 percent of the 12.9 million people, a majority of them Muslims.

A majority of the church’s substations in the rural parts are nestled in the narrow valleys hemmed in by rugged mountains. None have parish houses, said Father Shakir.

In the city, most Christians live in low-lying, impoverished localities, often alongside the nullahs (storm-water drains), he added.

Thus, the minority community was affected as badly, whether in rural or urban areas.

Caritas Pakistan Quetta plans to distribute rations among 150 beneficiaries from five parishes of the provincial capital later this week.

“We have deployed National Secretariat staff in Quetta for technical support to the diocesan units. Need-based assessment will be conducted to formulate the rehabilitation plan for the floods-affected areas of Balochistan, Sindh and Punjab,” he added.

Prime Minister Shehbaz Sharif has announced the setting up of the Prime Minister’s Relief Fund and has appealed for donations.

The Economic Coordination Committee of the federal cabinet at a special meeting on August 6 approved a technical supplementary grant of 5 billion rupees to be used for rescue and relief activities and as compensation for deaths and injuries caused by floods during the year.

However, Liaqat Masih, a program coordinator of Caritas Pakistan Islamabad-Rawalpindi, said in a post on Facebook that this amount was grossly inadequate and people are left helpless in the floods.