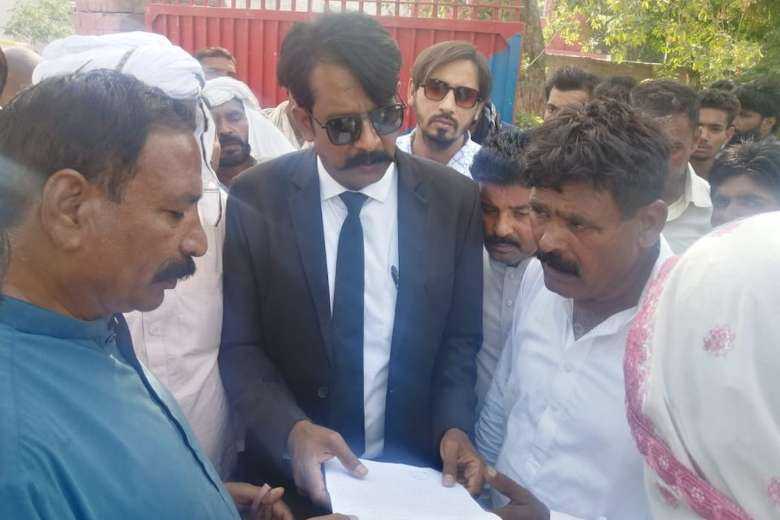 More than 300 mourners protested for several hours alongside the body of a Christian laborer allegedly poisoned by Muslims as officials urged them to bury their dead.

“O Lord we are helpless” and “Injustice with Christians” stated placards as villagers from Tariqabad blocked a major road near Gojra city of Pakistan’s Punjab province on May 24 demanding registration of a police case for the killing of 32-year-old Arif Masih, who was kidnapped on May 23.

“Two men from Gujjar community raided our house and forcefully took him on a motorcycle. About an hour later, they threw him in the market at our front door. He was semi-conscious, hospitalized and died the same night,” said Rizwan Masih, his brother, in a police first information report filed following the three-hour protest.

“Last week the accused physically harassed our sister. My brother had been receiving death threats since we reported the incident at the police station. He was being forced for a truce.”

Our people are tired of protesting with dead bodies

“We condemn the murder reported earlier as a suicide. The local police were reluctant to record a report. Our people are tired of protesting with dead bodies. They were forced to protest under the scorching sun irrespective of the Covid pandemic.”

“When discriminated against, vulnerable populations such as the poor, women, the mentally ill, religious, racial and ethnic minorities, etc., have less resources to use and fewer people willing to help them,” stated the Human Rights Commission of Pakistan in a recent report.

“In Pakistan, belonging to one or more of these marginalized groups puts you at greater risk of police bias, wrongful arrest and conviction, spending life in prison or even capital punishment.”

Earlier this month, an armed mob raided 80 Christian families in Okara district of Punjab province after a Catholic youth was accused of throwing dust on a Muslim landlord. Most of the accused have obtained pre-arrest bail.

Last November, a Catholic mother and son were gunned down by their Muslim neighbor in a dispute over an overflowing drain in Hasan Kathore, a village in Punjab province.