Closed shops on a Rawalpindi street during a Covid-19 lockdown in Punjab, Pakistan. Christians in the province say they are being ignored for jobs because of their religion. (Photo: AFP)

Christian youths have complained to Punjab Chief Minister Sardar Usman Buzdar after being turned down by the police department because of their religion.

The group of 10 Christians described their disappointment at being rejected after submitting their applications for the vacant positions in units of the Central Police Office in Punjab districts.

“We had applied for the post of naib qasid in the Special Protection Unit Punjab. During the interview this April, we were plainly informed that Christians cannot be hired in that role. We were asked to leave,” they stated in a recent complaint.

“We request Prime Minister Imran Khan and CM Buzdar to provide complete security to minorities and provide our rights.”

Shahbaz Bhatti, the Catholic federal minister for minorities who was assassinated in March 2011, was central to securing a 5 percent quota for religious minorities in government jobs, four seats in the Senate and a national day to commemorate minorities in Pakistan.

In May 2020, Punjab became the first province to set a quota for students from religious minorities in higher education institutes in a measure long sought by Pakistani activists.

However, critics say the rule is rarely enforced. Even when it is, reserved jobs are often found only in sectors such as sanitary work not seen as desirable by mainstream society.

Both provincial governments and security departments often publish job advertisements that invite applications from non-Muslims for a sanitation post.

Last month the Medical Teaching Institutions Appellate Tribunal of Khyber Pakhtunkhwa province issued a newspaper advert stressing that only a member of a minority was eligible for a vacancy as a sweeper.

“It is strange that the right to jobs as a driver or security guard is reserved for only Muslims even though these are grade four jobs. Such advertisements hurt our feelings. We have pointed to them several times. They cause a religious divide in the country,” said Kashif Nawab in a Facebook post. 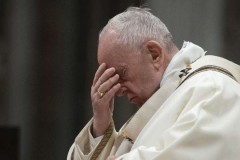 Only God can quench thirst for peace, pope tells patriarchs 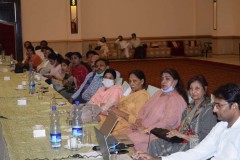 “The government should take notice of this important issue. A policy and action plan should be declared to stop these advertisements to avoid insecurity and an inferiority complex among religious minorities.”