Christian activists in Pakistan are urging the international community to save minority communities in Afghanistan amid the withdrawal of US forces.

“There has been no statement on non-Muslim Afghans. We condemn dual standards on vulnerable groups. The West seems to use human rights as a political agenda. They highlight minority persecution in targeted countries alone,” Sabir Michael, a human rights activist and professor at the University of Karachi, told UCA News.

“We are not sure about the status of religious minorities now under Taliban control. Are they equal citizens or paying jizya [a tax on non-Muslims]? What about those left physically handicapped in the war?”

Christians in Afghanistan number 10,000 to 12,000. Most are converts from Islam. For decades they have largely practiced their faith underground as conversion is considered a crime punishable by death under Sharia law.

According to Pastor Irfan James, who visited the Shahr-e Naw neighborhood in Kabul last December, most Christians have fled Afghanistan's main cities. Since 2015, the missionary has been evangelizing in Jalalabad, the Afghan city that lies less than 200 kilometers from Kurram, his hometown in Pakistan's Khyber Pakhtunkhwa province.

“I do not see any international concern for them. They have been rejected. The new government is known for breaking its promises and agreements. Religious minorities are not safe anymore,” he said.

According to conservative political commentator Glenn Beck, the Nazarene Fund has flown 5,100 Christians and other refugees out of Afghanistan since it fell to the Taliban this month. He claimed Afghan Christians were among the scores killed in the suicide bomb attack that ripped through the crowd just outside one of Kabul airport’s gates last week.

Former US Congressman Mark Walker has alleged that a Christian Afghan was skinned alive and hanged from a pole by the Taliban on Aug. 7.

Balpreet Singh, legal counsel and spokesperson for the World Sikh Organization, estimates that fewer than 200 Sikhs are left in Afghanistan. 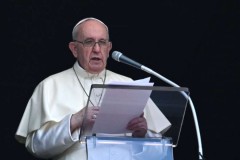