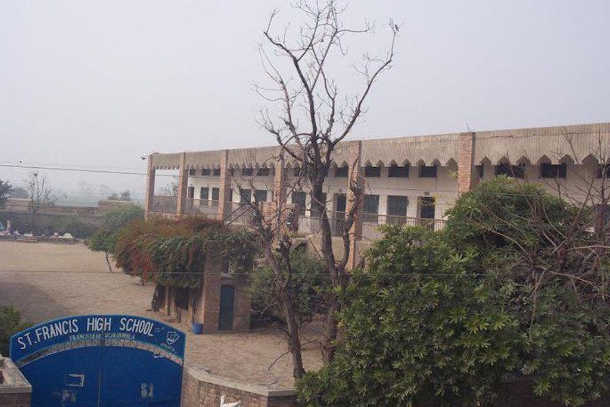 Pakistan has ordered a probe into the death of a Christian woman who is believed to have committed suicide after being denied government aid for people affected by the coronavirus lockdown.

The incident took place in Francisabad, a Christian neighborhood in Gujranwala district of Pakistan’s most populous Punjab province.

Mariam Masih, a mother of three and wife of Tariq Masih, was found hanging from a ceiling fan at her house, according to a Christian rights lawyer.

Rahat Austin wrote on Twitter that her starving family had been denied food distributed by the government and NGOs because they were non-Muslims.

In reply, Mazari said her office had contacted Gujranwala’s protection service officer, who said the suicide was not due to denial of rations on religious grounds but due to a domestic issue. She said government distribution of rations is not religion-based.

This is not the first incident where people from religious minorities have complained about denial of food or cash due to their religious beliefs.

On April 5, more than 100 Christian families from Punjab’s Kasur district were reportedly excluded from food aid distributed by a village committee comprising Muslims. In another incident, Christians were denied food on April 2 in a village near Lahore.

In a statement on April 13, the US Commission on International Religious Freedom (USCIRF) said it was troubled by reports of food aid being denied to Hindus and Christians amid the spread of Covid-19 in Pakistan.

“These actions are simply reprehensible. As Covid-19 continues to spread, vulnerable communities within Pakistan are fighting hunger and to keep their families safe and healthy.  Food aid must not be denied because of one’s faith,” said USCIRF commissioner Anurima Bhargava.

“We urge the Pakistani government to ensure that food aid from distributing organizations is shared equally with Hindus, Christians and other religions minorities.”

USCIRF commissioner Johnnie Moore said Pakistan’s Prime Minister Khan had recently highlighted the challenge facing governments in the developing world to save people from dying of hunger while also trying to halt the spread of Covid-19.

“Prime Minister Khan’s government has the opportunity to lead the way, but they must not leave religious minorities behind, otherwise they may add on top of it all one more crisis, created by religious discrimination and intercommunal strife,” he said.

In its 2019 annual report, USCIRF noted that Hindus and Christians in Pakistan “face continued threats to their security and are subject to various forms of harassment and social exclusion.”