Pakistani Prime Minister Imran Khan has said his government will make it a priority to grant citizenship to Afghan and Bengali refugees who have lived in the country for decades in an announcement that has won accolades from marginalized communities and rights activists.

Pakistan is host to more than 1.4 million registered Afghan refugees, according to the United Nations High Commissioner for Refugees. Similarly, around 250,000 Bengali and Burmese Muslims are estimated to be living in Pakistan, mostly in Karachi, though Bengali leaders say the true number could be as high as 2.5 million.

"While target killings and terrorist attacks have dropped in Karachi, street crimes are on the rise. One of the main factors is the rise of an underclass which is uneducated and does not have jobs due to the lack of a social security system," Khan told a fundraising event for hydropower dams in Karachi on Sept. 16.

"This underclass mostly comprises Bengali and Afghan refugees. Their kids were born and raised here. They don't get passports and national identity cards and without them they are not given employment and, even if they are, they get low wages compared to others.

"This is a deprived class in Karachi. They are being pushed into crimes as a result of our neglect. The first thing we have to do is to make sure 250,000 Bengalis who live here get their ID cards and passports. And those Afghans who were born here will also get their ID cards, as happens in the rest of the world.

"Why are we subjecting them to this inhuman treatment? Aren't they humans? How can we deprive them of national cards and passports? They have been living here for four decades. When a society ill-treats a section of its people, it ultimately has to pay the price. God willing, they will get their cards and passports and we will help them get educated and become equal Pakistanis."

Noor Hussain Arkani, a leader of the Bengali and Burmese community in Karachi, welcomed Khan's announcement.

"The entire community is thrilled at the announcement. Our community has suffered a long time due to state neglect and discrimination. We have taken this up at every forum in this country. I used to frequently speak to local and foreign media in order to highlight our plight and draw the attention of government," Arkani told ucanews.com.

"We, as a community, are thankful to Prime Minister Khan. We are also trying to raise funds for dams to play our small part in a worthy cause."

Responding to criticism from some nationalist parties, Arkani said it was about time that the community was embraced by all as equal Pakistanis. 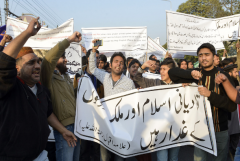 "The nationalist parties should show big heart and support the prime minister instead of creating hurdles. We have been living here for 40 years," he said, adding that Bengalis had played a historic role in the creation of Pakistan.

"We talk of humanity. I cannot comment on political matters. All communities should have equal rights as per our constitution. But, unfortunately, every issue becomes politicized in Pakistan," he said.

Caritas Pakistan welcomed the PM's suggestion with some reservations.

"Karachi-based Bengalis are Pakistanis. They deserve all the rights and documentation as ordinary citizens. Afghans are also facing social, educational, health and housing problems. They are also vulnerable. Any decision on their situation requires serious deliberation," said executive director Amjad Gulzar.

"We are in solidarity with immigrants and asylum seekers in Pakistan in accordance with the papal campaign. The new government should treat with them in line with national and international charters on migrants' rights," said Gulzar.

Sardar Akhtar Mengal, chairman of the Balochistan National Party that is part of Khan's coalition government, expressed his dismay at the announcement. He said the party would hold a parliamentary meeting to formulate a strategy regarding secession.