The case of Arzoo Masih, 13, kicks off renewed calls for a law against growing practice against religious minority girls Arzoo Masih, a 13-year-old Christian girl, was kidnapped and forced to marry her Muslim abductor in Pakistan. (Photo; supplied)

A teenage Christian girl was kidnapped and forced to marry her Muslim abductor in Pakistan's port city of Karachi, her family says.

A local Muslim man is accused of abducting 13-year-old Arzoo Masih while she was playing outside her home in Karachi's St. Anthony's Parish. The Catholic girl is the youngest of four children in her family.

Arzoo's mother, Rita Masih, said she and her husband were at work on Oct. 13 when they received a phone call from a close relative that Arzoo had gone missing.

The family immediately filed a kidnapping complaint with the police. The crime is punishable by death or lengthy imprisonment in Pakistan.

However, on Oct. 15, the police summoned the family to the station where they were given marriage papers which claimed Arzoo was 18 and had willingly converted to Islam after marrying Ali Azhar, a local Muslim.

Raja Lal Masih, Arzoo's father, said he was "deeply concerned" over his daughter's safety. He wanted authorities to trace and bring her home.

Masih told UCA News that Arzoo was below marriageable age under Pakistani law. "At the age of 13, she is too young to get married," he said.

"We have informed church authorities about what has happened and requested help. We are thankful to the National Commission for Justice and Peace for its willingness to help initiate legal proceedings," he said.

Shabbir Shafqat, president of the National Christian Party, has condemned the conversion and forced marriage of a minor girl.

"Forced conversion has become a major tool for the persecution of Christians and other minorities in Pakistan. We must make a united stand against Arzoo's abduction," he added. 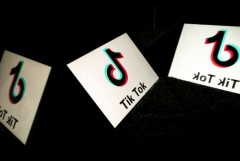 In March this year, the Human Rights Commission of Pakistan, called on the Sindh provincial government to make the forced conversion of minority girls illegal.

Forced conversions "are too easily and too often disguised as voluntary conversions, leaving minor girls especially vulnerable," the commission said on March 22 after the forced conversion of two Hindu girls.

"The ugly reality of forced conversions is that they are not seen as a crime, much less as a problem that should concern 'mainstream' [Muslim] Pakistan," the commission said.

A bill against forced conversions introduced in 2016 in the Sindh Provincial Assembly has not been passed yet, the commission said, adding the Sindh government had bowed to pressure from Islamic religious parties which had objected to the bill.

It called on the assembly to revisit and pass the bill without capitulating to "any individuals or parties that object to its contents or underlying spirit," the commission added.