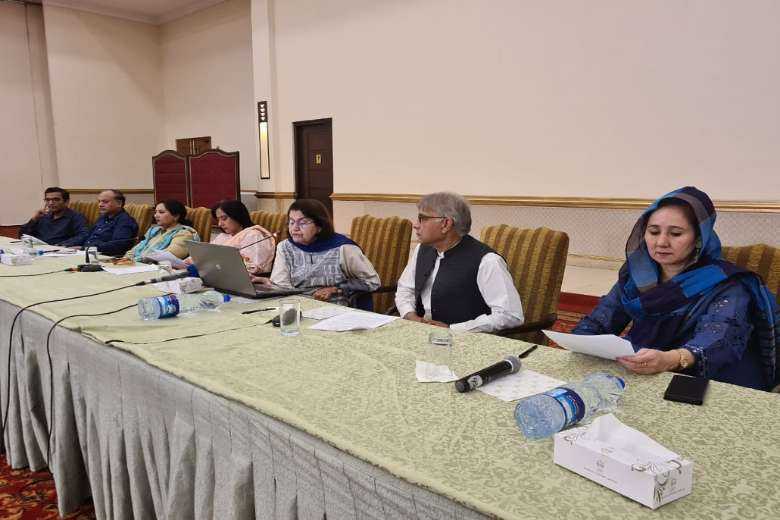 Pakistan has reported a record rise in forced conversion cases of minority girls, according to data from two Lahore-based organizations.

Some 36 underage non-Muslim girls have been kidnapped and converted to Islam as of mid-October this year, the Centre for Social Justice (CSJ) said. These include 21 Christian and 15 Hindu girls. Faisalabad city in Punjab province has the most affected Christian families.

“Thirteen cases were reported in 2020. Hence, the cases of forced conversion have increased 177 percent from last year,” the People's Commission for Minorities’ Rights (PCMR) and CSJ stated in an Oct. 16 press release.

“We condemn the non-consideration of the Prohibition of Forced Conversion Act 2021 by the head of the Parliamentary Committee for the Protection of Minorities from Forced Conversion. Stalled legislation on outlawing forced conversions is regression of democracy and rights.”

Last week the Parliamentary Committee for the Protection of Minorities from Forced Conversion rejected an anti-forced conversion bill citing public interest. Prime Minster Imran Khan had set up the committee in 2019 to address forced conversions. The Church also claims record numbers of minority girls have been converted in three years during the tenure of the ruling government.

In a press conference, PCMR and CSJ leaders called on PM Khan to take cognizance of this “extreme form of gender-based violence” and a violation of the norms of freedom of religion. The panelists termed the blocking of the legislation to stop forced conversions a regressive step and challenged the position taken by the Council of Islamic Ideology.

In fact, it is a huge disservice to religion in the current context to try to cover up heinous crimes perpetrated against minor girls of the minorities in Pakistan

“It was beyond its legal and constitutional mandate, moreover in violation of the procedures specified in the law, for their input. Religion is yet again being used to defend the abuses against minority women and children. In fact, it is a huge disservice to religion in the current context to try to cover up heinous crimes perpetrated against minor girls of the minorities in Pakistan,” said Nasira Iqbal, a retired judge of Lahore High Court.

Peter Jacob, chairperson of the PCMR, called on the government and political parties to convince the Ministry of Religious Affairs to immediately organize a dialogue among stakeholders and revisit their position with regard to the draft bill.

“Despite its non-consideration, the latest bill on forced conversions is the first of its kind to reach a parliamentary committee. We are not hopeless and will continue the struggle,” he told UCA News.