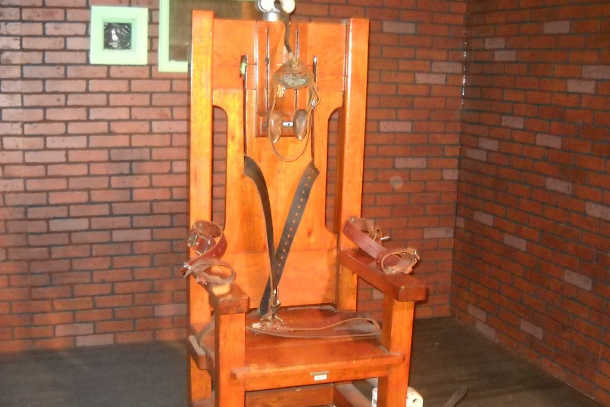 Prisoner rights groups have called for a worldwide moratorium on the death penalty during the global coronavirus pandemic that has infected more than 58,200 prisoners in at least 74 countries and killed at least 994 inmates.

Justice Project Pakistan (JPP), a non-profit organization representing vulnerable Pakistani prisoners, and the World Coalition Against the Death Penalty called on all countries to halt executions on the grounds that fair trials and fair legal representation were impossible to maintain during the Covid19 pandemic.

“When the whole world is trying hard to save lives from Covid-19, an execution by the state is contradictory and perverse,” said Kevin Miguel Rivera Medina, president of the World Coalition Against the Death Penalty, an alliance of more than 150 NGOs, bar associations, local authorities and unions.

“While some countries now sentence people to death by video conference, as in Nigeria or Singapore, in others prison restrictions have seriously infringed upon the rights of those awaiting execution because courts are stalled and law firms are closed. Options to help people whose lives are at risk are decreasing,” Medina said.

“The current global health crisis has demonstrated how profoundly unfair the system has been on people already weakened by their heavy sentence. A lack of visits to people on death row and the inability for lawyers and judges to work normally are all unfair consequences of an ill-equipped system.”

On Oct. 10, civil society will mark World Day Against the Death Penalty, which will focus on the right to legal representation and highlight the role of lawyers in protecting those facing execution.

This right is fractured by the health crisis since lawyers are less able to assist their clients and are economically weakened, Medina said.

According to Sarah Belal, executive director of JPP, Article 10A of Pakistan’s constitution “guarantees a prisoner’s rights to meet their counsel to pursue any avenue for the enforcement of their fundamental rights. This right is inviolable throughout the course of their imprisonment.”

“A recent judgment by the Lahore High Court established that this right cannot be denied even if a death warrant has been issued. At a time when lawyers do not have access to their clients, this guarantees executions cannot be carried out. And until things return to normal, the state must not send anyone to the gallows," she said.

Pakistan lifted a seven-year moratorium on the death penalty shortly after a 2014 school massacre left 150 students and teachers dead in Peshawar.

The resumption of executions initially applied to convicted terrorists, but in a sudden move in March 2015 the government lifted the moratorium on all death-related crimes.

Since then, Pakistan has executed 515 people, while another 4,225 await execution on death row.

Cecil Shane Chaudhry, executive director of the National Commission for Justice and Peace, the human rights arm of the Catholic Church, said we must keep in mind “the right and dignity of the life of every human being” and even in a time when the whole world is trying hard to save lives from Covid-19, "a state-sponsored execution is against the principles of humanity and in contradiction with human rights standards.”

Farooq Bashir, a Lahore-based Christian lawyer and human rights defender, said the death penalty has already been suspended in many countries for those reasons.

“We too should follow suit and reimpose a moratorium without any further delay. Given the coronavirus situation in Pakistan, this should be a natural course of action for the authorities. The court should step in if the government is reluctant to do so,” Farooq told UCA News.

According to a JPP study, Pakistan’s use of the death penalty accounts for 26 percent of the world’s death row population, 13 percent of global executions and 14 percent of worldwide death sentences.

Since 2004, Pakistan has handed out at least 4,500 death sentences, an average of one per day.

Critics say the application of the death penalty in Pakistan is plagued by routine miscarriages of justice resulting in wrongful convictions and botched executions.

Despite sporadic efforts at reform, the system remains incapable of reliably administering the irreversible sanction of death, while Pakistan’s criminal justice system as a whole fails to uphold key procedural and substantive safeguards, according to activists.