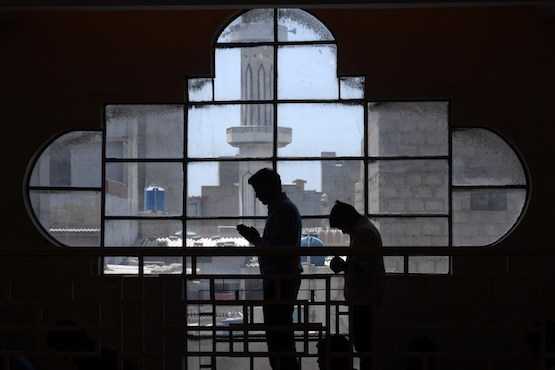 "A law should be passed that provides a definition, grounds for persecution and punishment for acts of discrimination, particularly on the basis of religion and belief, in order to give effect to freedoms and equality guaranteed in articles 20 and 25 of the constitution," states a resolution passed at a convention held in Lahore to mark National Minorities Day Aug. 11.

"Provisions in the Constitution of Pakistan that are incompatible with fundamental rights given in the constitution should be amended to remove conceptual inconsistencies about equality of rights among citizens," said the resolution.

More than 400 participants, including priests and nuns, raised their hands endorsing the resolution that was read out at the conclusion of the convention.

Prime Minister Shahid Khaqan Abbasi pledged that his government will fulfill the promise made to the non-Muslim Pakistanis by the country’s founder Muhammad Ali Jinnah on Aug. 11, 1947 to protect religious minorities.

"We will make Pakistan such a tolerable society where basic rights of every citizen are protected and where all Pakistanis, whether they are Muslims or non-Muslims work collectively for progress and prosperity of the country," Prime Minister Abbasi said in a statement.

Aug. 11 was declared Minorities Day in 2009 by the then minorities minister Shahbaz Bhatti who was shot dead in the capital Islamabad in 2011.

Christians and Hindus are minorities in the mostly-Muslim country of about 200 million people. Both religious groups have long faced discrimination.