Pakistan hails elevation of man for all faiths 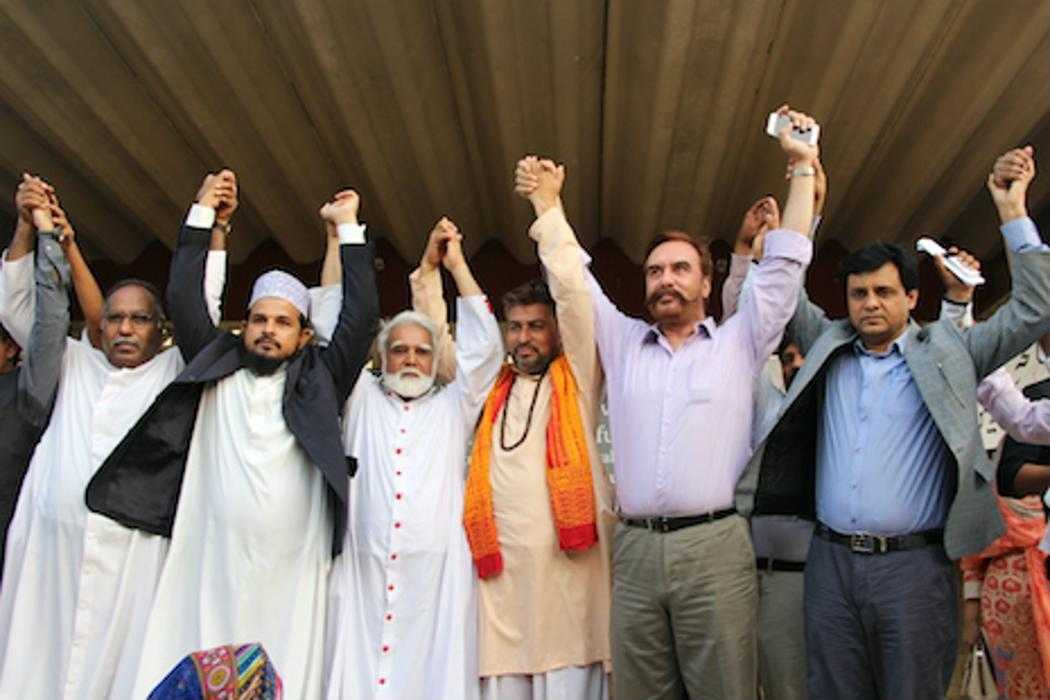 Pakistani politicians, rights activists and faith leaders have warmly received the appointment of Archbishop Joseph Coutts of Karachi as a cardinal.

Archbishop Coutts was one of 14 cardinals named by Pope Francis at the end of his weekly Regina Caeli address at St. Peter's Square on May 20.

He is only the second Pakistani to be honored with the title after Archbishop Joseph Cardeiro, who was a cardinal from 1973 to 1994. Archbishop Coutts will receive his red hat on June 29.

"So proud that our friend Archbishop of Karachi Joseph Coutts has been elevated to the rank of cardinal by Pope Francis. Look forward to continuing to work together towards a peaceful and tolerant Pakistan," Bilawal Bhutto Zardari, chief of the opposition Pakistan Peoples Party and son of slain prime minister Benazir Bhutto, said in a Twitter statement, sharing photos of his meeting with the prelate.

Punjab Education Minister Rana Mashhood Ahmad Khan led a delegation to wish a happy Feast of Pentecost to Archbishop Coutts and congratulated him on his new role.

Shehryar Taseer, son of slain Punjab governor Salman Taseer, said it was a proud moment for the entire country. "Archbishop of Karachi has been made into a cardinal at the Vatican City. This is a proud moment for Pakistan. Regardless of one's faith, we should all feel pride," he tweeted.

Kailash Sarhadi, a Sikh peace activist and director of the Interfaith Commission for Peace and Harmony, said Archbishop Coutts deserved this honor.

"He is a spiritual person and a humble human being who loves to serve people of all colors, faiths and backgrounds without any religious or ethnic bias," Sarhadi told ucanews.com.

"I would love to see him become pope one day. I have simply no words to explain his contribution to all the communities living in the country.

"We organized an interfaith conference a few years ago. People from 22 countries participated and Bishop Joseph Coutts was one of the guests. The hotel room he was given wasn't in good shape and I was so embarrassed. But he asked me to stop worrying about him and look after overseas guests.

"I have worked with him quite a lot and let me tell you that 98 percent of those who benefited from church organizations under Bishop Coutts are Muslims."

"It's a great honor for our country that Bishop Coutts has been made a cardinal. I have been working with the bishop since 2007. His contribution to interfaith harmony has been remarkable," he told ucanews.com.

"Last year Bishop Coutts joined our 12 Rabi ul Awwal [birthday celebration of Prophet Muhammad] rally and stayed with us for three hours. I am so glad with his appointment and plan to lead a delegation to his office to formally felicitate him on his new role."