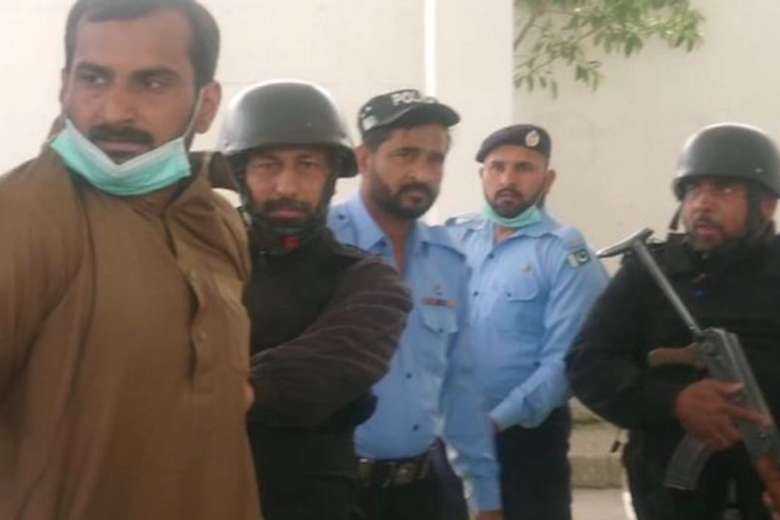 A man is arrested after attempting to attack the French embassy in Islamabad on March 18. (Photo supplied)

Pakistani security agencies have thwarted an attempted attack on the French embassy in Islamabad over alleged blasphemy.

An unnamed suspect was taken into custody on March 18 after he resorted to aerial firing in a bid to pass through a security checkpoint in the diplomatic enclave of Pakistan's capital.

He was found to be carrying a semi-automatic rifle that he had snatched from police in another city of Punjab. The suspect told police that he wanted to take revenge for blasphemous cartoons published in France.

The arrest came amid reports that the French ambassador to Pakistan, Marc Barety, was facing threats from radical groups.

The relationship between Pakistan and France remains strained over cartoons of Prophet Muhammad deemed blasphemous by many in the deeply conservative Islamic nation.

Tehreek-e-Labbaik Pakistan, a radical group known for its anti-blasphemy stance, held a protest march in Islamabad calling for expulsion of the French envoy.

The protests ended only after the government agreed to place the issue of expulsion of the French envoy before parliament.

Alvi said: “When you see that laws are being changed in favor of a majority to isolate a minority, that is a dangerous precedent.”

Specifically referring to legislation drafted after the beheading of a French teacher by an Islamist radical over caricatures of Prophet Muhammad, Alvi said: “When you insult the prophet, you insult all Muslims.”

“I urge the political leadership of France not to entrench these attitudes into laws ... You have to bring people together — not to stamp a religion in a certain manner and create disharmony among the people or create bias,” he said.

The French foreign ministry said it had called in Pakistan's charge d'affaires to mark “our surprise and our disapproval [over Alvi's remarks], given that the bill contains no discriminatory element.”

“It is guided by the basic principles of freedom of religion and conscience, makes no distinction between the different religions and applies therefore equally to all faiths,” the ministry said.

“Pakistan must understand this and adopt a constructive attitude for our bilateral relations.”