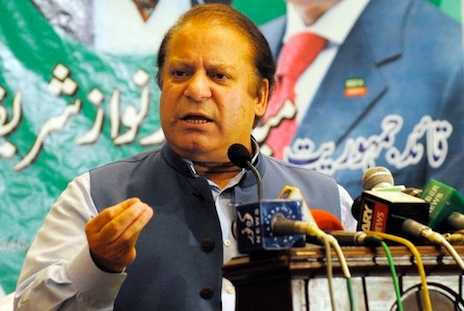 By The Silent Thinker, Lahore

The results of this weekend’s general election saw the return of a familiar face and raised some awfully familiar questions.

Former Pakistani Prime Minister Nawaz Sharif is poised to return to power at the head of his party, the PML-N. Remarkably, in a country with a long history of military rule, his victory marks the first successful transition between two civilian governments.

However, a threat greater than army intervention now looms over the political landscape. More than 127 people, including candidates and party workers, were killed since last month in election related violence.

Tehreek e Taliban, who had called for a boycott of the election, pursued coordinated attacks on the main parties of the outgoing coalition government for having “secular views.”

Sharif’s right wing party was one of just a few who were allowed to campaign openly, due to its basic religious conservatism and sympathy towards the Taliban.

Political analysts described the hostility and intimidation as ‘pre-poll rigging.’ Coalition partners complained that the Taliban are trying to mold the elections results in their favor. Banners erected around the Lahore Press Club spelt out that assertion which slogans such as “PML-N: Murderers of Christians.”

All religious minorities agree that the new party will not touch the controversial blasphemy laws which have resulted in the extra-judicial killing of many Christians.

And though PML-N denies the existence of a Punjabi Taliban, media reports have claimed evidence of militant camps and jihadi madrassas in the southern Punjab on several occasions.

I am not characterizing the entire party as being pro-terrorist. We are not completely bereft of hope; but we are certainly worried about the future.

“Our system has never been so fragile; countries in this position are usually invaded,” Dr Mubashir Hasan, a founder member of the Human Rights Commission of Pakistan, told me. “We may have won the title of having a first civilian government to complete its term but that does not make us true democrats.”

Nawaz Sharif once again has a chance to win the hearts of the people of all classes and religions. His party should pay heed to the complaints and concerns of the nation and formulate strategies to address them. Third time's the charm.