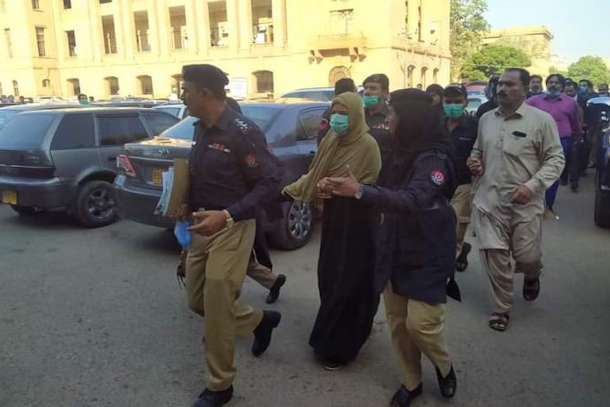 A Pakistani high court has ordered the constitution of a medical board to determine the age of a teenage Catholic girl who was allegedly abducted, forcibly converted to Islam and married off to a 44-year-old Muslim man.

The order came on Nov. 5 after Arzoo Raja appeared before Sindh High Court, where she insisted that she had married Ali Azhar of her own free will and that she was 18 years old.

Raja’s parents maintained that she was only 13 and a victim of forced religious conversion and manipulation.

Judge K.K. Agha said documents produced in the court show that Arzoo was below the legal marriage age of 18 and under the law she cannot contract a marriage.

Lawyer Jibran Nasir, counsel for Arzoo’s parents, said the court ordered a medical board to determine her age before the next hearing on Nov. 9.

The court also directed police to keep the girl at a shelter home.

After the hearing, Rita Raja, mother of Arzoo, said her daughter was not 18.

“I have documents to prove it and everyone knows her age. You can look at her face and see for yourself how innocent-looking she is,” she told media.

Father Saleh Diego, diocesan director of the National Commission for Justice and Peace and vicar general of the Archdiocese of Karachi, told reporters that “our only demand is that we cannot accept injustice.”

Father Diego was named as spokesman by a coordination committee tasked with fighting the case on behalf of Arzoo’s parents. 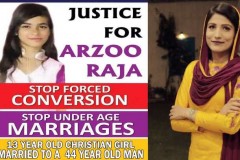 “As per the law, only those who are 18 or above are entitled to contract marriage. Anyone below this age is not permitted,” he said.

“We have no objection to her religious conversion. This is her personal decision. But her marriage is unlawful and that is why we are protesting.”

Arzoo Raja went missing on Oct. 13 from her Karachi residence while her parents were away at work.

After days of searching, her distraught parents lodged a police complaint, saying she was kidnapped by her Muslim neighbor and forced to marry him against her will.

In a shocking decision, Sindh High Court initially upheld the marriage without giving due consideration to her minor age.

Opposition leader Bilawal Bhutto Zardari and Human Rights Minister Shireen Mazari joined the outrage and appealed to the court to review the case.

In the next hearing on Nov. 2, the court ordered Arzoo’s immediate recovery and transfer to a state-run shelter home until the conclusion of the case.