Interfaith efforts should be focused on rehabilitating relationships, both domestic and foreign 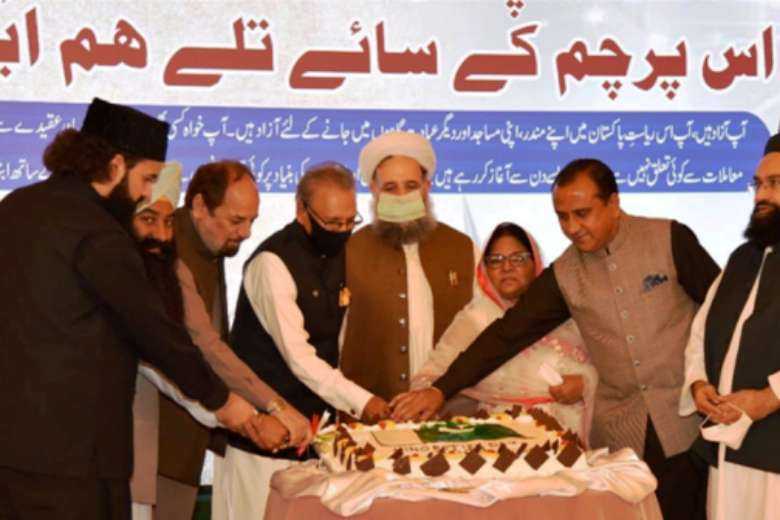 Festive cake cutting is traditionally associated with Christmas. However, the Ministry of Religious Affairs and Interfaith Harmony in Pakistan has apparently taken it to another level.

“For the past three years, the annual report of this ministry has been illustrated with big photos of cake-cutting ceremonies. Most of the meetings of the church-run commission for interreligious dialogue conclude with cake cutting. The trend even goes on occasions like Easter and Holi where cake is not needed,” says Yaqoob Khan Bangash, a Catholic historian and educationist.

“But actually we have become victims of cake cutting. The real issues are deliberately not put on the table. Most of the discussions are reactive and held after the accident. Later no one talks about them. There is no real dialogue, only damage control. There is an inbuilt imbalance in the equilibrium. Religious people talk like politicians and political leaders give religious sermons,” he adds.

Bangash was sharing his assessment of efforts at interfaith dialogue by the government, civil society and churches at the national conference on the future of interfaith relations in Pakistan. The Center for Social Justice had invited academics, lawyers, journalists and activists as speakers for the Nov. 23 event in Lahore.

These speakers are usually absent in church-run interfaith gatherings as seen in recent years. The panels are exclusively reserved for the religious. The agenda is vague. No resolutions are passed. The factors underlying religious extremism and human rights violations are barely touched upon. The speeches are replete with stories of peace from the past.

Realization of the presence of radicals amongst them is absent. Hats off to the clerics with genuine concerns for those persecuted for their faith. We need such like-minded, moderate Muslims. But the Church should also be aware of those taking advantage of such platforms.

Archbishop Sebastian Shaw of Lahore recently distanced himself from the government’s criticism of the US State Department for designating Pakistan as a country of particular concern.

Tahir Mehmood Ashrafi, a cleric appointed special representative on religious harmony by Prime Minister Imran Khan, rejected the report in a statement issued along with a group photo of church leaders in Lahore. The photo was taken at a press conference held five months ago and was used without the consent of the bishop.

In 2012, Ashrafi won our hearts for supporting Rimsha Masih, a teenage Christian girl accused of burning pages of a Quran in a village on the outskirts of Islamabad. He described her as a "daughter of the nation" and condemned the misuse of the blasphemy law against minorities.

Then in February, he rejected NGO reports on the misuse of the blasphemy law. In September, he went on to reject the passage of the anti-forced conversion bill, calling it the “anti-Quran bill.” The underage girls trapped in this uneven terrain also are daughters of the nation.

The latest speech of Maulana Abdul Wahab Ropri, chairman of the Mutehda Ahle Hadith Ulema Council, at St. Anthony's Hall, adjacent to Sacred Heart Cathedral of Lahore, is another such example.

“The concept of separating faith and religion from politics creates misunderstandings between Christians [and] Muslims. Both are inseparable. It is the biggest reason that increases these misunderstandings. Religions teach humanity. We must work on this cause,” he said while addressing a conference on the promotion of Christian-Muslim relations this month.

The organizers should ban such speakers. They must only be invited as participants. It can prevent radicals from hijacking our agenda. The whole struggle of the Catholic bishops' National Commission for Justice and Peace is curtailing the influence of religion in politics.

A U-turn will further strengthen the Sunni vote bank, empower clerics craving absolute power and decrease spaces of religious freedom. Majoritarianism and paternalism have already forced marginalized minorities to live like aliens in their own country.

Jihadis often quote the Quran's Surah al-Maidah verse 51 to prove their point. “O believers! Take neither Jews nor Christians as guardians — they are guardians of each other. Whoever does so will be counted as one of them. Surely Allah does not guide the wrongdoing people,” it states.

At the time of the creation of Pakistan, around 2,500 Jews were living in Karachi with only one synagogue. In 1988, it was demolished by Zia-ul-Haq, then the dictator-president of Pakistan, to build a mall. Only a handful of people who identify as Jewish in some form remain in the country.

I wish the proponents of Christian–Muslim dialogue could make our society understand that Jews and Christians can be friends. Pakistan is home to multicultural, multi-ethnic and multi-religious communities.

We cannot become a modern state while our ideological orientation keeps conflicting with other countries. Interfaith efforts should be focused on rehabilitating relationships, both domestic and foreign. We cannot risk becoming the next Afghanistan.