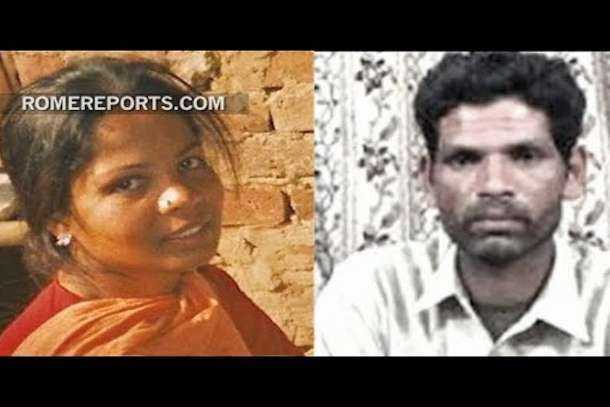 Asia Bibi (left) and Sawan Masih were both acquitted of blasphemy charges because of contradictions in witness statements. (Image: YouTube)

A high court in Pakistan has acquitted a Christian man who had been sentenced to death on blasphemy charges in 2014.

Sawan Masih, 32, was convicted of using derogatory remarks about the Prophet Muhammad in a row with Muslim friend Shahid Imran, a barber.

After the accusation of blasphemy in 2013, thousands of people attacked the Christian community of Lahore’s Joseph Colony, where Masih lived, and torched over 170 Christian homes and two churches despite a heavy police deployment. No one was killed. Punjab’s government later rebuilt the colony.

The appellant raised several objections to the police investigation and said the charges were fabricated by elements who wanted to occupy the colony.

In 2017, an anti-terrorism court acquitted 106 Muslims accused of being involved in the arson attack on Joseph Colony.

Nadeem Anthony, one of Masih’s lawyers, told UCA News that contradictions in witness statements led to the acquittal.

“The judgment is on merit and facts. The trial courts usually succumb to the pressure of blasphemy cases. We welcome the freedom of the father of three, but who will repay the loss and inhuman treatment they met? His family spent months living outside their charred house,” he said.

The Catholic lawyer compared the acquittal to that of Catholic woman Asia Bibi in 2018. In its judgment, Pakistan's Supreme Court also noted contradictions in witnesses' statements.

Pastor Simon Peter of the Seventh Day Adventist Church in Joseph Colony plans to hold a thanksgiving prayer for Sawan Masih and his family on Oct. 9.

“Praise the lord. Our hearts are filled with joy. Our prayers have been answered after a long time. His acquittal is a miracle in this situation. We shall pray silently for the government and the judges. There will be no banners or celebrations,” he said.