Inmates crowded into the courtyard of Quezon City Jail in Manila on March 27. Guards and inmates at the notoriously overcrowded jail had tested positive for Covid-19, sparking urgent calls for the release of some prisoners. (Photo: AFP)

One of my favorite shows is the American legal TV drama Suits featuring Harvey Specter, a lawyer and Harvard law graduate who accepted a college dropout named Mike Ross as associate. Ross began working at Specter’s New York City law firm without a law degree but had an exceptional memory and was brilliant at handling cases.

Suits portrayed lawyering, particularly corporate law, as a career where lawyers get their pot of gold. It sets the ambiance of legal work — in nice, posh offices — where people are dressed in formal attire and act with finesse.

But is lawyering all about pots of gold, closing deals, luxurious lifestyle and fashionable clothes?

Just last week I tended to a client’s need in prison and I was reminded of the exact opposite of what my favorite show had portrayed. I did not see men wearing designer clothes. I saw men locked in small areas sitting on the floor. They did not have tables or chairs. The floor is where they eat, sit, and sleep.

I did not smell expensive perfumes. Instead, I smelled the bad odor of more than 500 men who may not have even taken a bath for days inside a steaming cell. Poverty is real. Prison is real. 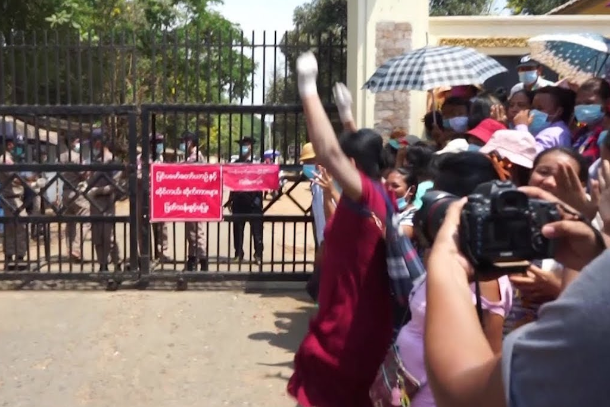 I could not help but ask one of the policemen, “Sir, if one of them has coronavirus, do you have an isolation room where you can put him?” The policeman jokingly answered, “This [referring to the cell] is their isolation room.” I was flabbergasted.

I read reports from the World Prison Brief (WPB), an online database hosted by the Institute for Crime & Justice Policy Research of the University of London, which provides information on prisons around the world. According to WPB, the Philippines has the most jam-packed prison in the world. More than 500 men squeeze themselves like sardines into a jail that was only meant for 170.

A New York Times article described conditions in Manila City Jail: “The inmates were cupped into each other, limbs draped over a neighbor’s waist or knee, feet tucked against someone else’s head, too tightly packed to toss and turn in the sweltering heat.”

With the perceived inhumane reality in Philippine prisons, the Catholic Church has been active in providing inmates with better conditions.

The Philippine Jesuit Prison Service Foundation (PJPS) has been advocating a more humane approach to the rehabilitation of not just the incarcerated individuals but also their families.

Since its founding in 1994, the group has worked with the Philippine Bureau of Corrections to provide programs to alleviate inmates' living conditions. The group also provides livelihoods, medical assistance and scholarships to children of prisoners.

Executive director and Jesuit Father Eli Lumbo said doing prison ministry is a full-time job where one cannot easily rest due to a plethora of church work.

“Each time I enter the prison camp, I do not know what to expect. After all, I minister to more than 20,000 inmates in the National Penitentiary ... Majority of them come from poor families and a good number have not had education or a good education,” Father Lumbo wrote in a 2017 article of the PJPS.

Father Lumbo also said that the Church’s role in prison ministry is not to judge but to give accompaniment and spiritual direction to inmates.

“I would not begrudge them their choices. I will not make the prejudices of our society the basis of how I deal with supposed criminals. As a priest, I am invited to enter the world of the convicted felon,” Father Lumbo added.

Visiting the prisoners is one of the corporal works of mercy. When I feed the hungry or give alms to the poor, I always have the impression that I am doing something for my neighbor. It is I who give — my neighbor merely receives.

But after my experience last week, my perspective has changed. The experience did not only change the prisoners. It also left a mark on the very person who visited.

More than the willingness to help a client, I was confronted by my own sins. I was reminded of my own imperfections and weaknesses. Yet there I was — a knight in shining armor for a client’s cause.

I saw Christ in prisons. No matter how dirty and foul-smelling — the Emmanuel — the God with us was there. So, I realized, I did not bring Christ in prisons. He was already there with the inmates waiting for a visit, waiting to be fed and to be consoled.

Joseph Peter Calleja is a lawyer and journalist based in Manila. The views expressed in this article are those of the author and do not necessarily reflect the official editorial position of UCA News.