Five years on and justice remains elusive, they say 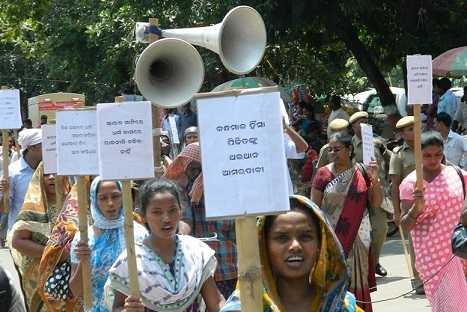 Victims of the 2008 anti-Christian violence in eastern India have demanded an investigation by the country’s top anti-terror agency into the riots that killed scores of people and displaced thousands.

The Christians made the demand on Sunday as they observed the fifth anniversary of the riots in Orissa’s Kandhamal district.

In a seven-week rampage beginning on August 25, groups of fanatic Hindus burned Christian homes, churches and convents, killing some 100 people and displacing at least 50,000.

To mark the anniversary, at least 300 people, including members of civil society groups and church leaders, staged a rally in Bhubaneswar, the state capital, on Sunday and submitted a list of demands for the president of India, Pranab Mukherjee, and state governor SC Jamir.

One of the demands was an in-depth investigation by the National Investigating Agency (NIA).

Father Ajay Singh, who is fighting for justice for the Kandhamal victims, told ucanews.com that there has been no action from the state government in the last five years to provide justice for victims. He added that many believe the violence was part of an organized terror campaign.

Other demands from the victims include a special rehabilitation program, restoration of their livelihoods and better security. They also asked for the repeal of a state law that they say limits religious freedom for Christians.

Jugal Ranjit, convener of an Orissa minority forum, accused the state government of being non-committal on the issues stemming from the violence.

“There are several government officials who have communal mindsets and put up barriers that hinder the delivery of justice to victims,” he said.