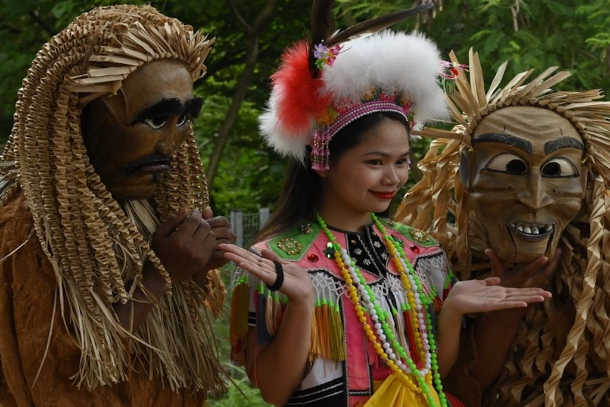 The Orang Asli live on the margins of Malaysian society. (Photo by Colin Nicholas of the Center for Orang Asli Concerns)

For the Orang Asli, the indigenous and oldest inhabitants of Peninsular Malaysia, the fear of disappearing from their homeland is very real. Oppressed and disdained by other Malaysians and with the organs of the state aligned with business interests arrayed against them, their survival so far has been accidental.

Living on the margins of society, their situation will be familiar to anyone from a land where indigenous peoples have been ruled over and deemed inferior by colonizers. And so they are forgotten until a tragedy strikes.

This was the case again recently. In June, authorities were caught unawares by a spate of puzzling deaths in one community living in the northern state of Kelantan, which has a theocratic government.

The hue and cry that followed provided a new airing of long-standing grievances — land grabs, forced conversions, harassment by police and racial prejudice directed against the Orang Asli.

Such complaints are not new. In 2015, five children from the Orang Asli community starved to death in the Malaysian jungle after they ran away from school to escape punishment. The tragedy made headlines and raised uncomfortable questions about Malaysia's treatment of this minority. It also provoked debate about the community's fate.

In the most recent tragedy, the Orang Asli and rights activists blamed mining and logging activities that had encroached on their traditional land in forests bordering their villages for poisoning their water supply.

Hurried investigations saw authorities first attribute three of the deaths to pneumonia and then later to measles, but they could not confirm the cause of death for the remaining 12.

They also revealed that chronic undernourishment and disease are rampant among the community. Widespread mistrust of government assistance, they say, is hampering efforts to eradicate disease and reduce infant mortality rates.

Reasons for the trust deficit are varied but the main cause is a lack of empathy and a ham-handed push to force on them a Malay and Muslim-centric state policy that has little regard for their culture, traditions and rights.

Forced birth control measures by health officials have added to the distrust. Representatives from five Orang Asli villages recently complained to the government that women in the community have been forced to take birth control pills and injections as part of the Ministry of Health’s mobile clinic program.

In June 2017, a joint report by the Jaringan Orang Asli and the Center for Orang Asli Concerns highlighted the accounts of a group of Orang Asli women alleging that they were threatened by health officials for refusing to cooperate.

The government's Orang Asli birth control policy dates back to the 1980s and is speculated by rights activists to be also an attempt to curb the growth of their population. The 2010 census put the Orang Asli population at 140,000 in a country whose total population is around 30 million.

Forced religious conversion is another trial minorities like the Orang Asli face in the Muslim-majority nation. This was highlighted in the aftermath of the recent tragedy when some bodies of the deceased were exhumed and accorded Muslim burial rites away from their families.

Many in the community have voiced dismay that they have been classified as Muslims in their identity documents following government programs in their areas. Since state-sponsored Islamic preachers often take part in such programs, it raised suspicions that government officials were either working in tandem with the Islamic authorities or were negligent at best.

The Kelantan Islamic Religious and Malay Customs Council recently disclosed that it aims to convert all Orang Asli in the state to Islam by 2049. This apparent violation of the Malaysian constitution, which guarantees the right to freedom of religion for all, caused consternation and forced the government to backtrack and say its aim was "merely to expose them [the Orang Asli] to Islam."

Malaysian courts have steadfastly upheld the idea that the Orang Asli hold a “special position” in the country with special laws for their protection whenever cases of infringement have reached litigation.

The government, meanwhile, says it aims to bring the disadvantaged community into the mainstream of society but others argue that the government has little interest in protecting their identity and instead are trying to force the indigenous people into a Malay-centric nation state.

Something good has happened over the last year. A new government is in power — one that claims to have all its citizens' interests at heart. They have made the right noises about the need to work with these marginalized citizens so that they benefit from the development and progress the country is keen to make.

If the Orang Asli continue to be ignored and given a new language and religion as their children are brainwashed in state schools that they are inferior, the indigenous people will soon cease to exist. That would be a terrible loss for Malaysia and the world.