People wait to sign a petition against construction of the planned Kaliwa River Dam in Quezon province. (Photo by Sharlene Festin)

Civil society and activist groups have launched a campaign against construction of a dam south of Philippine capital Manila.

Stop Kaliwa Dam Network aims to collect 10 million signatures calling for a halt to a project that critics maintain threatens the welfare of tribal communities in Quezon province.

The proposed Kaliwa River Dam, to be funded by a loan from China, is seen by supporters as a potential boon for economic development that would ease acute water shortages for Manila residents.

However, the petition stresses that it would add to national indebtedness as it would be financed by a broader multibillion-dollar loan package that is part of China's so-called Belt and Road trade and infrastructure network linking Asia with Europe, the Middle East and Africa.

The Philippine government has estimated the cost of the Kaliwa Dam at about US$400 million including interest and fees, but a Japanese company with a rival proposal maintains that the real cost would be about double this amount.

A petition is pending before the Philippine Supreme Court to strike down the government's loan deal with China.

In 2018, at least 51 Catholic bishops and four priests supported a pastoral letter signed by Bishop Bernardino Cortez of Infanta entitled "No to Kaliwa Dam, Yes to Alternative Sources of Water."

The letter acknowledged that while the dam could improve water supply for Metro Manila, it constituted a cause for concern for the inhabitants of the region where the dam's construction is planned.

"It is everyone's duty to oppose this dam," said Franciscan priest Pete Montallana, chairman of the Stop Kaliwa Dam Network. It is the "wrong project at the wrong time" that endangers future generations, he added.

Ian Rivera, of the of Philippine Movement for Climate Justice, said there is a need to examine alternatives to provide water to sprawling Manila. 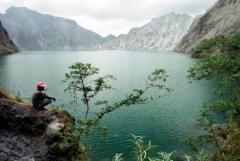 The dam's construction remains at a standstill as the government has yet to obtain "free prior and informed consent" of affected tribal communities.

The petition maintains that the dam violates the nation's Indigenous Peoples Rights Act because it is set to be built within the ancestral domain of the Dumagat-Remontados tribe.

Opponents have warned that the tribal people will be threatened with loss of life if the dam collapses as a result of torrential monsoon rains or an earthquake and that, in any event, their living space  would be reduced by the surface area of the dam.

The government, meanwhile, is hoping to start construction this month with the aim of providing an additional 600 million liters of water per day to Metro Manila and nearby areas.