Children in an urban poor community in Manila are often left on their own as parents find work to sustain the family. Neglect by parents can leave children open to abuse from online predators.  (Photo by Angie de Silva)

Nowadays parents, teachers and police have to be alert and aware that there are thousands of pedophiles luring and enticing youngsters online to be their friends and confidants.

The young, especially if they lack parental affection, are lonely. They are easy victims of bullying at school and are the most vulnerable.

They go surfing online, especially on social media. There, they send messages to others. "Can I be your friend?" They are then invited to chat and share information about themselves.

Sex predators will disguise their age and groom the victim with false information about themselves, their hobbies and lifestyle.

The child victim will usually tell the truth about him or herself. They are flattered when they send a photo. They are given attention and promises of gifts if they ever meet.

After some time, weeks and even months, the child is captivated by this new, kind, loving friend who gives advice and support and understanding.

The child is like an innocent fly caught in the spider’s web of the grooming pedophile. When this is established, the groomers send photos of themselves or of another whose identity they have adopted, sometimes even sexually explicit photos, and similar photos are expected in return.

Each sexual predator has their own technique to seduce and lure their victim into an emotionally dependent relationship.

They will arrange to meet secretly and the grooming becomes person to person. If an older person poses as a younger one, he or she has an excuse as to why their young friend suddenly can’t come. They then continue the grooming.

Soon the older predator will listen to the problems, develop a rapport, understanding and at a later meeting will embrace the teenager, be caring and even touching, and sexual abuse happens. 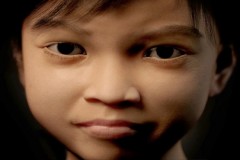 The relationship is allowed and tolerated by the teenager, especially if the abuser gives the teenager gifts and money. "Friendship" develops trust and the victim promises to tell no one as advised by the abuser.

Parents, siblings and relatives will notice a change in the personality of the child victim. They become secretive and lock themselves in their room with their computer or are always going to an internet shop.

They go out alone, don’t return home until late, even stay out and become accomplished liars with cover stories to hide their new "relationship." Their parents and friends may challenge and question them but they will withdraw all the more and become isolated.

Disagreements drive them all the closer to and make them more dependent on their abuser.

They are being damaged and show signs of anxiety, become quarrelsome, even rebellious, can drop out of school and finally become depressed, isolated and abuse alcohol and use drugs.

In the later stages of abusive relationships, which can go on for years, the victim grows older but is trapped in the relationship and can’t get out because of shame.

There is another kind of child and youth abuse over the internet called sexploitation. This is another form of criminality. The predator follows the same path as the pedophile. Victims are "dared" to show their private parts or do sex acts on live camera, send sexually explicit pictures of himself or herself with the so-called friend recording it.

Then the extortion begins and emails are sent to the victims. Money is demanded, sometimes on a monthly basis to prevent the explicit images being shared or sometimes for a one-time payment for a huge sum of money.

The teenagers can’t ask for help or pay it and some have committed suicide. In other cases, the teenagers have been promised the images or videos will not be sent if they meet their abuser.

With trusting, caring, understanding relationships with their children from early childhood, parents can prevent online abuse.

By sharing activities, interests and heart-to-heart talk about trust, children will be close to their parents and feel secure, comfortable and trusting.

Parents have to be open about the dangers of false friendships and temptations on the internet.

If parents have a trusting, open relationship with each other, their children will not be excluded or feel uncared for and unloved. The loving example of parents forms the personality and character of the child.