One year on, a look back at Pope Benedict's resignation

Although it came as a shock, it was a gift to the Church 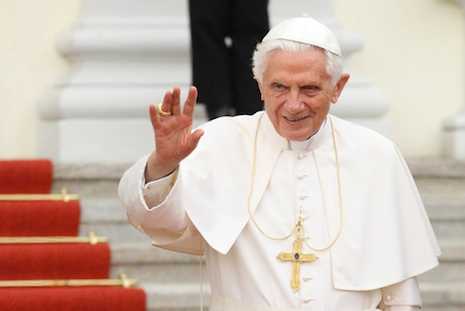 By John Thavis for Il Sismografo

A year ago, Pope Benedict gave the church an important gift. He did so with a brief declaration, delivered in Latin to a roomful of incredulous cardinals. His resignation was an act of humility that brought the papacy into the modern age, and left future popes with a great degree of freedom.

I was struck by way the pope introduced his stunning announcement, and with three words in particular: “in today’s world.”

“However, in today’s world, subject to so many rapid changes and shaken by questions of deep relevance for the life of faith, in order to govern the barque of Saint Peter and proclaim the Gospel, both strength of mind and body are necessary, strength which in the last few months, has deteriorated in me to the extent that I have had to recognize my incapacity to adequately fulfill the ministry entrusted to me.”

In effect, Benedict was saying that being pope nowadays, to govern and to evangelize, requires a tremendous amount of energy. Perhaps a century ago, a pope could have reigned from behind the walls, limiting his encounters and making only rare public appearances. But not today.Things have changed.

This was the truly remarkable thing about Benedict’s announcement. This very traditional-minded pope was telling us that the papacy must adapt to the demands of the modern age.

With these few lines, Benedict also reminded Catholics that the papacy is not some kind of sacred status. It is an office that can, and sometimes should, be set aside. And the authority of the papacy lies with the office, not with the person who once held it.

And in this sense, every day Benedict continues to live in silence and obscurity as a retired pope is important. He is still writing history. And he is leaving his successors a great degree of freedom. Not only freedom to resign. But freedom in terms of what a former pope can and cannot do.

Note that Benedict did not write a job description for a retired pope. He chose to live in a monastic setting in the Vatican, where he has avoided public appearances and statements. But he did not lay down any rules or guidelines for the future. That shows a deep trust in the church and in the men who will sit on the throne of Peter in the years to come.