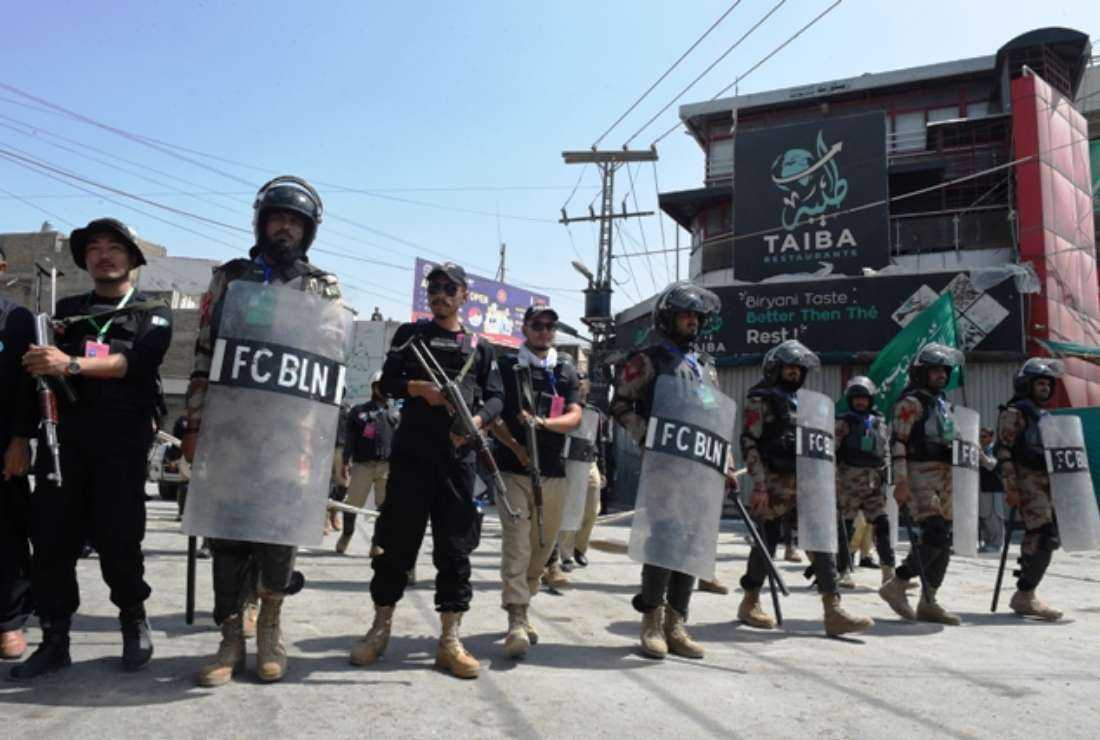 Security personnel patrol a street during the Islamic month of Muharram in Quetta on Aug. 9. (Photo: AFP)

An elderly Catholic has died while three teenagers were left injured when motorcycle-borne gunmen attacked a Christian colony in the Mastung area of Pakistan’s Balochistan province.

Wilson Masih, 65, was hit with three bullets when the two motorcyclists opened fire in an open playground in front of the Christian colony around 7.20 pm on Aug. 8.

Masih and the three injured teenagers were rushed to the trauma center of Civil Hospital in the provincial capital Quetta, located some 43 kilometers from Mastung.

Masih died next day morning and his funeral was held at the Blessed Joseph Gerard Church near the Christian Colony on Aug. 10.

Masih was the elder brother of Late Hendry Masih, a parliamentary from Balochistan who was killed by his bodyguard in Quetta in 2014.

Mastung, a Muslim-majority town, is home to 115 Christians. Two policemen have been posted at the gates of the Christian colony as a security measure to protect the 16 Christian houses.

“Muslim children had left the ground for the Maghrib (evening) prayer. The other boys were playing when the shooting began. My uncle was shouting for help. Sanam, a 14-year-old boy, too was shot in the stomach and is in critical condition,” Masih’s nephew Danish Saleem told UCA News.

He said the first information report of the incident had not been registered yet nor have any arrests been made. An hour after the shooting, local Christians staged a protest blocking the nearby national highway for an hour.

“It is sad seeing them in pain. Bishop Khalid Rehmat of Quetta apostolic vicariate has instructed me to stay close to the victims' families. Unfortunately, the ongoing political instability and economic crisis have resulted in a surge of terrorism,” he said.

Impoverished Balochistan is Pakistan's largest province and has been wracked by violence perpetuated by Islamist militants and separatists. Attacks have increased on Christians, Shia Hazaras and the security forces in recent times.

Seven militant attacks were reported in Balochistan this July in which six people were killed including four security forces personnel while 10 sustained injuries.

In 2018, six Christians were killed in a similar incident in Quetta.