One dead, 5 injured in shelling of Myanmar church 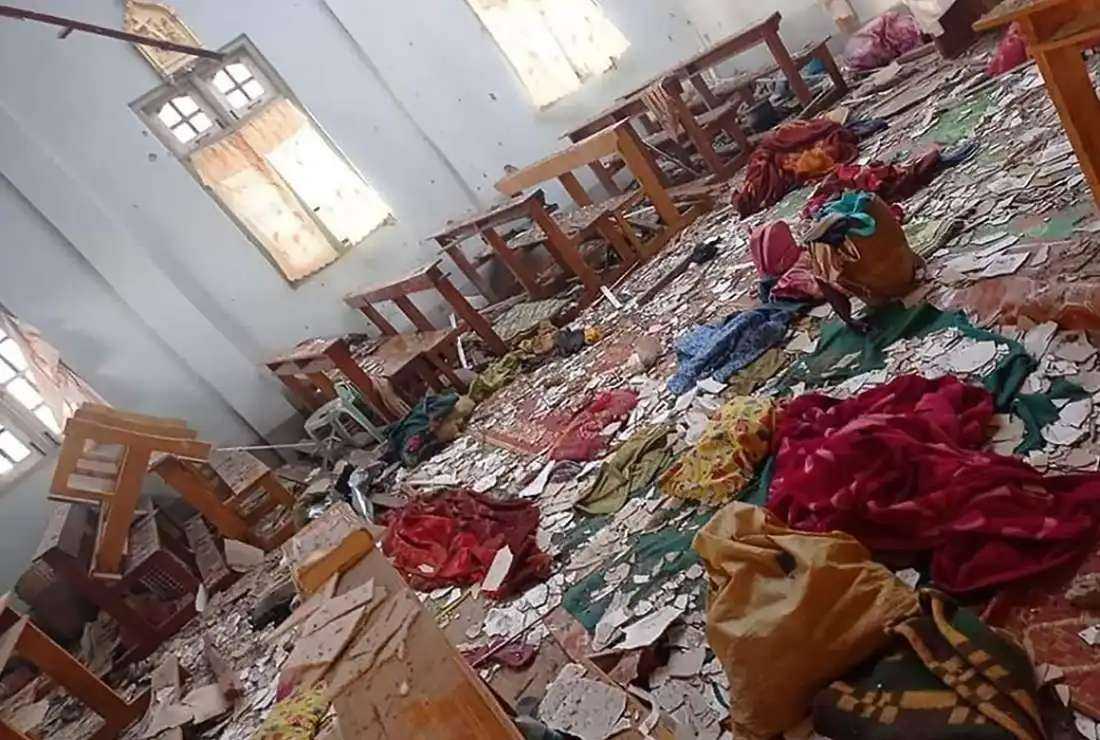 This handout photo from local media group 'Kantarawaddy Times' taken and released on May 24, 2021 shows a damaged church in which four people taking refuge were killed by army shelling in Loikaw in Myanmar's eastern Kayah State. (Photo: AFP/Kantarawaddy Times)

At least one civilian was killed and five injured when the Myanmar military shelled a Catholic Church in predominantly Christian Kachin state in the northern part of the country, local sources and media reports say.

One artillery shell hit the village and another fell in the church compound, killing a 52-year-old man and wounding five other people including two children.

"Dozens of churches, convents, and clinics have been attacked and badly damaged"

The latest attack came two months after one of the worst attacks in Kachin state where the military bombed a concert that left at least 63 people including prominent singers dead. Most of the victims were members of the Kachin Independence Organization, the political wing of the rebel group that has fought for independence for decades.

Since the military coup last year, dozens of churches, convents, and clinics have been attacked and badly damaged.

At least 92 religious or sacred sites across the country including the predominantly Christian regions of Kachin, Kayah, and Chin states were destroyed or damaged between February 2021 and May 2022, according to a report by the International Commission of Jurists released on Oct. 28.

Pope Francis and Myanmar bishops have repeatedly called for respecting human life, and human dignity and demanded an end to attacks on places of worship, schools, and hospitals.

The pope prayed for “reconciliation” in the turmoil-stricken Southeast Asian nation along with Yemen, Syria in his Christmas message.

Cardinal Charles Bo of Yangon has called for peace in Myanmar as millions remain displaced and starving in inhuman conditions in squalid settlements away from their homes.

Thousands of displaced Christians have sought refuge in churches, relatives’ homes, and in the jungle.

“Peace is possible, peace is the only way. Let a New Myanmar of hope rise in 2023,” Cardinal Bo said in his New Year message.

Thousands of Christians held Christmas celebrations in the jungle and in make-shift camps in Christian strongholds in Kachin, Kayah, Karen, and Chin states while Christians in other locations such as Yangon and Mandalay braced for a ‘low-key’ New Year celebration to express solidarity with people struggling amid the ongoing conflict.