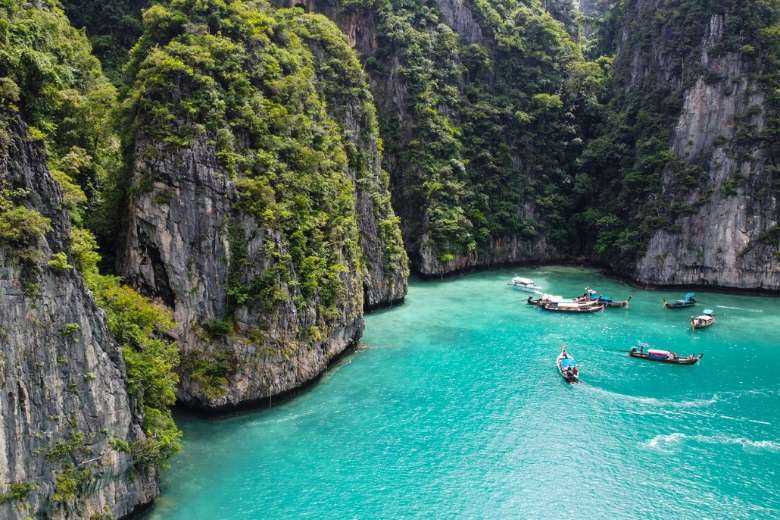 Thailand’s ambitious plan of reopening to attract foreign tourists to boost the country’s floundering economy has hit a roadblock as several arrivals have tested positive for the latest Omicron variant of the novel coronavirus that causes Covid-19.

Two British visitors and a Belgian national, all of whom had recently arrived from abroad, were found on Dec. 20 to be infected with the Omicron variant on the popular resort island of Koh Samui in southern Thailand.

The same day, eight Thai Muslims who returned home from a pilgrimage to Mecca in Saudi Arabia tested positive for the variant on arrival in Bangkok.

In response to the escalating spread of Omicron in Europe and elsewhere, Public Health Minister Anutin Charnvirakul said he would propose to the government that the Test & Go scheme, which allows fully vaccinated foreigners to enter Thailand with no need for quarantine, be scrapped and replaced with a 10-day or 14-day quarantine period for all arrivals.

However, a renewed quarantine requirement is likely to drive down the number of foreign visitors during the economically crucial year-end holiday period, which would further hurt already struggling tourism-related businesses.

After Thailand closed its borders to mass tourism early last year, most tourism-related businesses fell on hard times and many ended up facing bankruptcy

Many commenters, including foreigners, took to social media in the wake of Anutin’s announcement to bemoan the government’s planned scrapping of Test & Go.

“That equals a border closure and tourism will be close to dead again. Sad days for many, especially smaller, businesses,” a Thai commenter noted.

“Open-close. Open-close. Tourism to Thailand will have finally died,” a British national said.

After Thailand closed its borders to mass tourism early last year, most tourism-related businesses fell on hard times and many ended up facing bankruptcy.

As mass tourism came to a halt, hundreds of thousands of Thais and a similar number of migrant workers from Myanmar, Laos and Cambodia also lost their jobs and often only sources of income.

In the hope of reviving the moribund tourism sector after a year and a half of border closures, the government announced its Test & Go program in October, allowing fully vaccinated travelers from dozens of countries to enter without the need for quarantine.

As a result, in recent weeks several popular tourism hotspots around Thailand have been slowly coming back to life with the arrival of more and more holidaymakers.

However, renewed border restrictions could spell the end of hopes for a relative recovery of Thailand’s vital tourism sector, at least in the short term.

The hardest hit will be small businesses and low-income earners who depend on foreign tourist dollars to make ends meet.

“We’ve had some small incomes recently, but if the tourists stop coming again we’ll be back to having no incomes at all,” Suthiya Chanwat, a middle-aged woman who works at a Thai-style massage salon in central Bangkok, told UCA News.