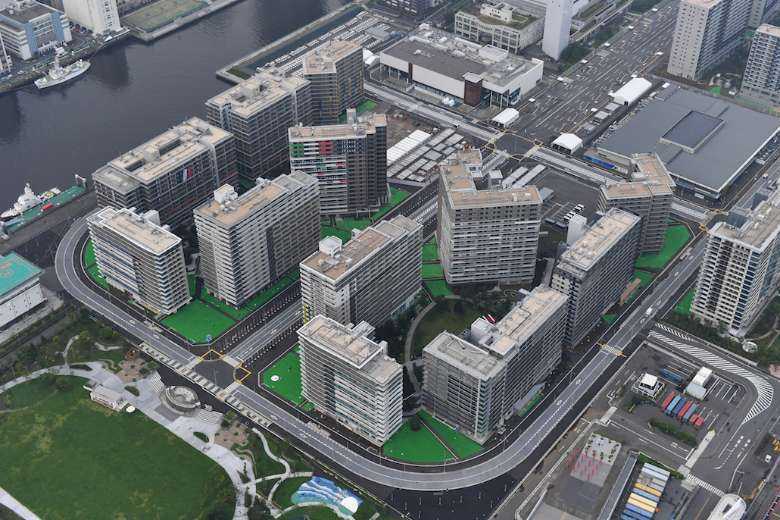 The Archdiocese of Tokyo has called on Olympic athletes and other visitors to avoid visiting churches as part of restrictions to curb the spread of Covid-19.

Archbishop Tarcisio Isao Kikuchi said all those visiting the metropolitan area will be requested to refrain from visiting churches.

He said the archdiocese has made a commitment that “we will not be infected, nor will we allow others to be infected.”

“The archdiocese had originally been considering preparations so that each parish may be able to address the spiritual needs of the many people who will come to Japan for this international event,” Archbishop Kikuchi said on July 12.

“However, we have decided to cancel all plans and will not take any special involvement in the Olympics and Paralympics.”

The prelate said the archdiocese has implemented precautionary measures and taken seriously its responsibility to protect lives.

Spectators have also been banned from Olympic events and urged to watch on TV.

Archbishop Kikuchi said parishes will keep a record of those who participate in Masses to comply with guidelines from health authorities.

The archdiocese has issued guidelines over services. A limited number of people can enter churches while maintaining a one-meter distance, churches must have sufficient ventilation and all Massgoers must leave churches promptly after services and refrain from talking to one another.

“Let us keep in mind that it is an important duty for us to protect not only our own lives but also to protect all those who have received God’s gift of life,” Archbishop Kikuchi said.

“On top of that, as we take adequate measures against Covid-19 infection, let us do our best to respond to the concerns of those in need.

“In this difficult situation, may the merciful hands of our Lord through our outstretched hands be extended to the many people facing crisis in their lives.”

Several religious bodies will set up a multi-religious center in the athletes’ village where they can pray and meet religious leaders.

Before the pandemic restrictions began, the religions were preparing several such centers at the request of the Games organizing committees.

According to Yuzo Akai, an archdiocesan official coordinating preparations for the Games, Tokyo Archdiocese has made various provisions for Catholics.

For those who wish to talk with a priest, appointments for online meetings in an athlete’s desired language will be available.

Athletes will be informed about live-streamed Sunday Masses in English, Spanish and Vietnamese in addition to Japanese from the Kojimachi Church in central Tokyo.

In addition, three videos will be provided to athletes who can then watch them at any time. The videos will present a Liturgy of the Word with homily available in three languages, the rosary in five languages and a blessing by Archbishop Kikuchi.

These videos will be available only to athletes and will not be released to anyone else.

For those who wish to talk with a priest, appointments for online meetings in an athlete’s desired language will be available.

Japan has recorded 824,990 coronavirus cases and 14,923 deaths, according to the latest data. Some 1,986 people are hospitalized with Covid-19 in the Tokyo metropolitan area, which has a population of more than 36 million.

As of July 13, an estimated 28 percent of the Japanese population had received at least one shot of a coronavirus vaccine, according to Reuters.