Oldest member of College of Cardinals dies at 98 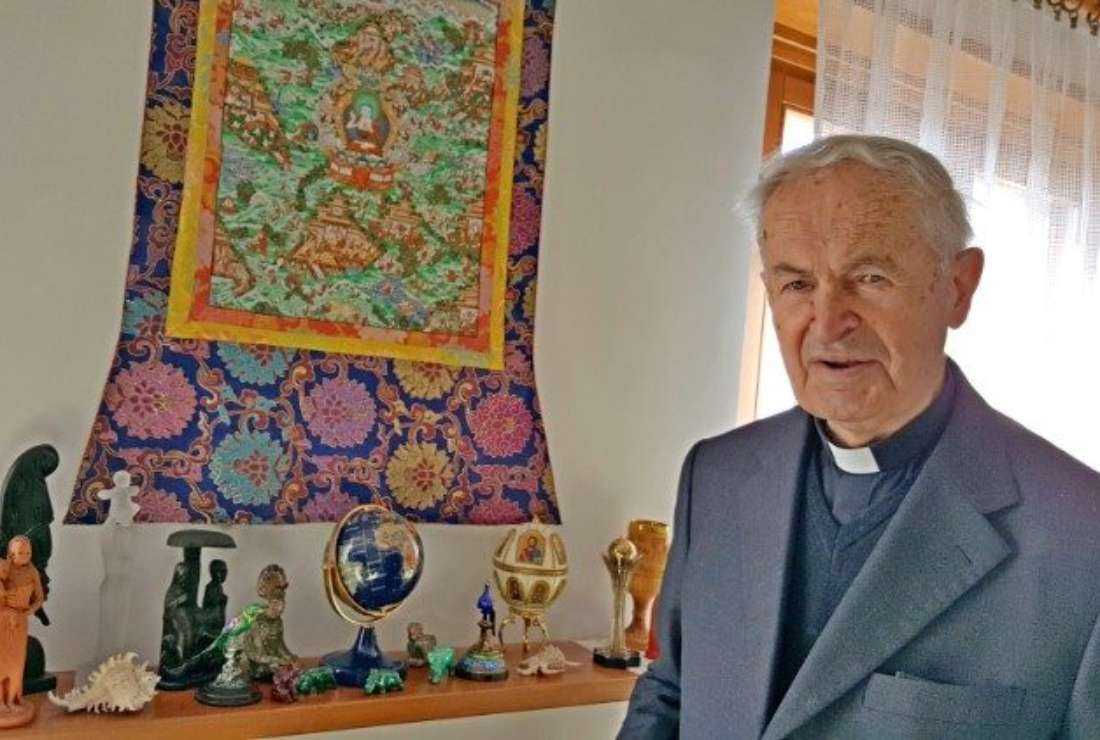 Cardinal Jozef Tomko, Prefect emeritus of the Congregation for the Evangelization of Peoples. (Photo: Vatican News)

The oldest member of the College of Cardinals, Cardinal Jozef Tomko, died Aug. 8 in Rome at the age of 98.

The late cardinal had been hospitalized since the end of June after a fall, and he suffered further complications from COVID-19. He returned to his Vatican apartment Aug. 6 for continued care and passed away early Aug. 8.

A funeral Mass will be celebrated in St. Peter's Basilica Aug. 11, and his remains will be buried at St. Elisabeth Cathedral in Košice, Slovakia.

He served nearly 16 years as the head of the Congregation for the Evangelization of Peoples, which was responsible for coordinating church activities in mission territories, especially Africa and Asia. After he retired in 2001, at the age of 77, he was appointed president of the Pontifical Committee for the International Eucharistic Congresses, until retiring in 2007.

Pope Benedict XVI continued to rely on the retired cardinal's expertise, appointing him in 2010 to the Vatican commission studying the alleged Marian apparitions at Medjugorje, Bosnia-Herzegovina.

In 2012, Pope Benedict appointed him and two other cardinals to lead a wide-ranging investigation into the so-called "Vatileaks scandal," a series of leaks of letters exchanged among Vatican officials and between the officials and the pope himself. The cardinals were tasked with helping the pope understand the reasons behind the leaks and the problems they appeared to indicate.

As titular cardinal of the Basilica of Santa Sabina on Rome's Aventine Hill, it was Cardinal Tomko who distributed ashes to the pope at the traditional Ash Wednesday Mass there.

He served that role for the past three popes, starting in 1996, and he once said he found it "truly difficult" to have to recite to each pope the formula, "Repent and believe in the Gospel!"

"He's the one who has the full right to say that to me and everyone else," Cardinal Tomko said.

Cardinal Tomko was born March 11, 1924, in Udavské, Slovakia. During the height of World War II, he came to Rome to finish his studies at the Pontifical Lateran University and the Pontifical Gregorian University, where he earned doctorates in theology, canon law and social sciences.

He was ordained a priest for the Diocese of Rome in 1949 after a coup led by the communist party of Czechoslovakia in 1948 meant he was unable to return to his homeland. He was vice rector and later rector of the Czech seminary, the Pontifical Nepomucenum College, between the years of 1950 and 1965.

He was ordained a bishop later that year in the Sistine Chapel with St. John Paul II as principal consecrator. The Polish pope elevated him to the College of Cardinals in 1985.

He co-founded a religious journal and the Slovak Institute of Sts. Cyril and Methodius, which later became the pontifical college for priests from Slovakia.

When he became head of the evangelization congregation, he traveled extensively to mission territories, and he helped support the establishment of nearly 180 new dioceses.

Despite his many responsibilities at the Vatican, the late cardinal remained active in pastoral ministry at a number of parishes in Rome. He also was active on an international level in the area of ecumenism, serving as delegate of the Holy See at the World Lutheran Federation and the World Council of Churches in Geneva in 1972. He was part of the executive committee of the Pontifical Mission Societies focusing on challenges facing consecrated life, the laity, and justice and peace.

His death leaves the College of Cardinals with 206 members, 116 of whom are under the age of 80 and eligible to vote in a conclave.