Derision as censors echo other Muslim countries in denouncing movie 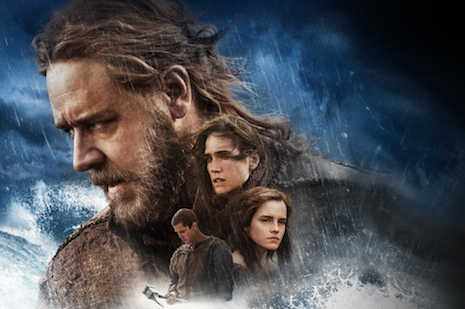 By Yenni Kwok for Time Magazine

Indonesia has banned the release of the Hollywood blockbuster Noah, saying the biblical epic contradicts the teachings of the Koran and may mislead people.

Noah, an adaptation of the Old Testament story of Noah’s Ark, stars Russell Crowe in the title role and was scheduled to be released in Indonesia on March 28 — the same date as in the U.S.

However, the largest cinema franchise in Indonesia, 21 Group, confirms that it will no longer be releasing the film. “We will follow the censors’ decision, and Noah will not be screened,” said Catherine Keng, the company’s corporate secretary.

The news of the ban has been greeted largely with condemnation and derision in Indonesia’s social media forums. “Stupidity is indeed unlimited. The example is at LSF!” tweeted Mumu Aloha, managing editor of Detik.com’s entertainment website detikHot, referring to the Indonesian initials of the Film Censorship Board.

Other Twitter users pointed out the glaring inconsistency in the banning of the Darren Aronofsky–directed blockbuster on the one hand and the free availability of locally made soft-porn horror flicks on the other.

Islamic scholar Mohamad Guntur Romli also slammed the ban. “A film that is based on a biblical story can’t be accused of violating, for example, Islamic doctrines,” Guntur tweeted.

Noah, who appears in the Bible’s Book of Genesis, is revered by the three Abrahamic religions: Judaism, Christianity and Islam. Indonesia, home to the world’s largest number of Muslim adherents, has a sizable Christian minority, comprising around 10% of its total population.

But Guntur countered: “It’s the Film Censorship Board that could trigger SARA if they indeed ban Noah because it’s influenced by the Bible.”

The ban in Indonesia follows similar moves in the United Arab Emirates, Qatar and Bahrain in early March. A representative of Paramount Pictures, which produced the $125 million movie, said “The official statement they offered … is because ‘it contradicts the teachings of Islam.’”

Also this month, clerics at al-Azhar University, a main center of Islamic learning in Cairo, issued a religious edict against Noah, objecting to “any act depicting the messengers of God and the companions of the Prophet [Muhammad].” Egypt has yet to decide whether it would allow the film to be screened.