Not even the Church escapes India's caste system 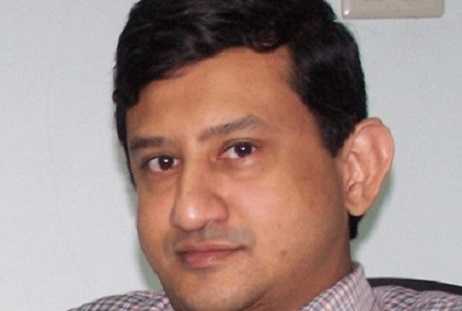 It is traditionally believed that the caste system has been in existence virtually as long as humanity. However, a recent study on genetics carried out by the Harvard Medical School and the CSIR-Centre for Cellular and Molecular Biology in Hyderabad shows otherwise.

Results published in early August in the American Journal of Human Genetics reveal that a major population mixture existed in the sub-continent between 4,200 and 1,900 years ago. After that, mixing became rare because of people marrying only within closely related groups – giving rise to the present day caste system.

So the caste system is not as old as we think, having only been (relatively) recently established in Indian history.

But is it enough for us Indians to be rid of this social condition? Apparently not – so ingrained is the caste system in our psyche in dividing us into separate groups based on birth, and not who we are or what we achieve.

Although the caste system may have its roots in Hinduism, no one is exempt – not even Christians, Muslims, Sikhs or Buddhists whose religions are based on equality.

That is why I feel compelled to put out a disclaimer that I am neither for nor against this or that caste. I simply want to think aloud as to how I can live and understand my Catholic life within this culture.

The four-tier caste system is called varna vyavastha, and varna in Sanskrit, Hinduism’s liturgical language, means color of the skin. The fair-skinned Aryans from central Asia who invaded the subcontinent needed to differentiate themselves from the darker skinned locals and so instituted the caste system whereby the fair complexioned were preferred and associated with the high castes -- Brahmins (priests, teachers), Kshatriyas (kings, warriors) and Vaishyas (merchants, artisans). The Sudras (laborers, peasants) make up the lowest caste.

Those not born into these four castes were the outcasts (formerly Untouchables) who are now called Dalits, a Sanskrit term meaning "trampled upon."

Over time, these groupings degenerated into rigid sections and people in them were denied any form of upward social mobility.

The Sudras and Dalits became the target of disempowerment, oppression and persecution. Lynching, rape, honor killings, segregation, being forced to carry and eat excrement are only some of the atrocities heaped upon them for no reason other than that they were born into these communities.

This is quite contrary to what the Bhagavad Gita, the jewel of Hindu scripture, teaches.

A person’s worth is determined by the inherent qualities that mark one’s conduct in life and not because of birth, sacrament or learning, the Gita says.

The Indian constitution abolished caste discrimination but so systemic was the problem that parliament enacted the Untouchability Offences Act 1955, which in 1976 become the Protection of Civil Rights Act that made “untouchability” because of religious sanction a punishable offence. Even this did not help and so a more punitive Scheduled Castes and Tribes (Prevention of Atrocities) Act 1989 was legislated to prevent atrocities against these communities. The term “Scheduled Caste” is an administrative concept.

This has not deterred caste discrimination from sometimes being a central influence within the Catholic Church. In my travels around India, I have seen it among congregations and even among priests. I have seen separate graveyards for lower caste Catholics who when alive were relegated to the back corners of the church. A priest once told me he wished he had tweezers to distribute communion to those from back of the church, lest he be contaminated.

Since discrimination because of caste is against the fundamental teachings of Christ and yet exists within our Church, one has to ask how we as Catholics handle it. What impact does it have on our faith?

First, we must acknowledge that it exists not just as an academic exercise but also as part of our lives. This can make us better Catholics by tuning us to be extra sensitive in fighting discrimination and injustice and not succumbing to it either by commission or by omission. Failing to do so will only negate the message of Christ’s love for all, especially the weak and marginalized. If we are to adhere to His message, we must recognize the incarnation of God becoming man and revealing himself through such people.

Unfortunately, even within the Church leadership, discriminatory practices against Dalits still continue. Of the 24 million Christians in the country, Dalits constitute about 16 million and yet their representation within the Church administration is not more than 10 percent. Telling isn’t it?

As an institution, the Church is aware of the problem. The Catholic Bishops’ Conference of India has since 1986 had an Office for Scheduled Castes/Backward Classes and a Committee for Tribal Affairs for the overall development of Dalits, Tribals and backward classes.

The Student Christian Movement of India, the All India Catholic University Federation and the National Council of Churches in India even prepare special texts to highlight the injustices of the caste system during the annual Octave of Christian Unity. The signs of visible unity, they write, cannot be disassociated from the dismantling of the caste system.

Ivan Fernandes is a commentator based in Hyderabad.