Known as a heavy smoker, the leader has long been obese, with his weight appearing to increase steadily in recent years 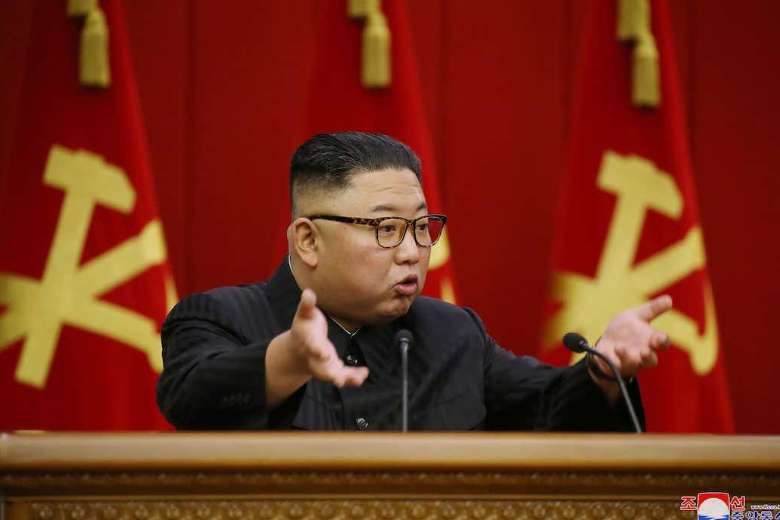 North Korean leader Kim Jong-un attends the fourth day of the 3rd Plenary Meeting of the 8th Central Committee of the Workers' Party of Korea in Pyongyang on June 18. (Photo: AFP/KCNA)

North Korean state television has aired a citizen's comment about Kim Jong-un's "emaciated" condition, a highly unusual broadcast in a country where public discussion of the leader's health and personal life has always been off-limits.

Analysts say the remarks showed authorities were seeking to use the change to Kim's weight to reinforce loyalty to the regime in desperate times.

The impoverished, nuclear-armed country is more isolated than ever behind its self-imposed coronavirus barricade, and this month admitted it was tackling a food crisis, sounding the alarm in a nation with a moribund agricultural sector that has long struggled to feed itself.

At the same time, Kim's health has long been closely watched internationally as his sudden death would raise questions over succession and stability.

Known as a heavy smoker, the leader has long been obese, with his weight appearing to increase steadily in recent years.

Kim's personal life is normally taboo for North Korea's state media — Pyongyang has never confirmed how many children he has — but KCTV last week aired a clip of an unnamed resident of the capital claiming everyone in the country was "heartbroken" by his "emaciated" condition.

"Seeing our respected general secretary looking emaciated breaks our people's hearts the most," he said. "Everyone is talking about how their tears welled up immediately."

Analysts say Pyongyang is using Kim's appearance as a way to glorify him by portraying him as a "devoted, hard-working" leader as the country struggles to tackle its food crisis and other challenges.

It shut its borders in January last year to protect itself against the pandemic, and as a result trade with Beijing — its economic lifeline — has slowed to a trickle while all international aid workers have left the country.

"The message Pyongyang is sending is that Kim is a leader who works very hard for his people even to a degree he skips meals and loses weight," defector-turned-researcher Ahn Chan-il told AFP.

Global speculation about Kim's health flared last year after he missed the commemoration of the birthday of his late grandfather and was absent from public view for about 20 days.

In 2016, South Korea's spy agency reported Kim had bulked up to 130 kilogrammes, having piled on around 40kg since taking power in 2011, "bingeing on food and drink."

Last year it estimated he had put on another 10kg, taking him to around 140kg.

But Yang Moo-jin, a professor at the University of North Korean Studies, pointed out it was unlikely his recent weight loss was a symptom of acute ill health, as he had attended several public events this month.

"No one can really know why he lost weight," he told AFP. "What's clear — from the KCTV footage — is the regime wants the world to think that its people love care for their leader, to a point where they would cry over his thinner appearance."