No relief for Bangladesh's most vulnerable communities

History has not been kind to the country's tea workers, the Biharis or the stateless Rohingya 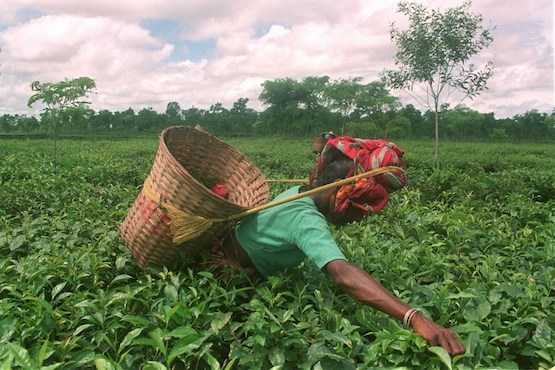 An elderly female tea-plucker works in one of Bangladesh's many tea gardens in this file image. (Photo by Mufty Munir/AFP)

There are many venerable communities in Bangladesh, among them suffering the worst are those working on tea plantations in conditions akin to slavery, the Biharis who are scorned for siding with West Pakistan during Bangladesh's Liberation War of 1971 and the stateless Rohingya who have fled neighboring Myanmar.

These communities find themselves facing dire challenges with historical roots that are hard to untangle.

In the mid-19th century, when British colonists started tea plantations in the Sylhet region of Bengal (now in Bangladesh), they used poor, lower-caste Hindus and indigenous peoples from various Indian states as cheap labor.

When recruited they were often deceived into believing they would become rich and left their homes en masse.

For more than 150 years, the story of tea workers in Bangladesh has been a sorry saga of exploitation, neglect and discrimination.

Today there are about 120,000 workers on 167 tea estates, who live in mostly mud-walled, thatched and overcrowded quarters provided by companies.

A family is allowed to stay there as long as a member has a job. A registered worker gets little more than one U.S. dollar a day and a few kilograms of food per month.

Workers suffer from malnutrition and literacy is extremely low as most estates do not have a school.

Tea companies often discourage workers from getting an education or vocational skills in order to keep them in servitude.

Exclusion from Bengali society, combined with alienation from their Indian origins, means tea workers in Bangladesh have largely lost their language and traditions.

Some workers have embraced Christianity, overcoming slave-like conditions with help from the church.

A handful of NGOs have changed the lives of young people through education. However, most workers continue to live in outrageously abject conditions.

They have citizenship, but that makes little sense to them.

Independent Bangladesh provided long-sought freedoms to most of its people, but it did not end 'modern-day slavery.'

Bangladesh, before gaining independence in 1971, itself suffered oppression by West Pakistan as well as two centuries of British colonial rule.

Between 1947-71, the Pakistani regime, dominated by Urdu-speaking former north Indians, adopted all kinds of discriminatory policies to suppress the Bengali people of East Pakistan, now Bangladesh.

That repression led to secession.

Refugees whose country fled them

However, the oppression of Urdu-speaking Pakistanis triggered hatred among Bengalis toward this community.

Some Biharis collaborated with the military in war crimes.

International aid groups came to their rescue and relocated Biharis into 70 camps across the country.

A deal was signed between Bangladesh, India and Pakistan for repatriation of Biharis within three years.

Initially, thousands were repatriated to Pakistan.

However, the process was phased out after 1973 as Pakistan cited a funding shortage and homegrown anti-repatriation protests.

Today, about 300,000 Biharis live in congested, squalid camps in Bangladesh with little access to livelihoods or basic needs.

The legacy of war holds Biharis back from integrating with Bengalis.

World's most persecuted and stateless

Rohingya are another persecuted minority, which the world knew little about before 2012 sectarian violence against them flared in Myanmar's Rakhine State.

An international spotlight intensified in 2015 with the so-called Asian boatpeople crisis when large numbers of Rohingya died at sea trying to flee Myanmar.

Nearly half of an estimated 1.3 million of Rohingya are confined to displacement camps in Myanmar and Bangladesh, which are little more than open-air prisons.

They truly are world's most persecuted minority.

Myanmar wants to wipe out the Rohingya or drive them away, while Bangladesh says it is already too overpopulated and under-resourced take more of them.

So, where should they go?

By some estimates, up to 400,000 have fled Bangladesh in recent weeks.

Critics say violence against Rohingya in Myanmar amounts to genocide.

Some International organizations and western governments are playing it safe, not wanting to be seen as taking sides.

The world will be eagerly watching whether humanist Pope Francis, who has sympathized with Rohingya on several occasions, can broker a lifeline to Rohingya when he visits Myanmar and Bangladesh later this year.

The marking of the abolition of slavery is a reminder that many oppressed peoples are still not free.