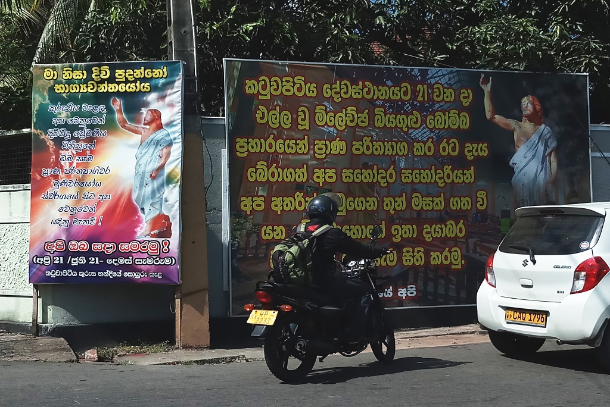 Saman Kithsiri, a resident of Negombo, recalled that last year Katuwapitiya was a funeral home and white flags fluttered in many parts of the village just after Easter Sunday.

He said he cannot forget that bitter experience when most of faithful who attended Easter Sunday Mass never returned home.

Banners hang in the village commemorating the memory of the dead and some of the houses have been shuttered.

Kithsiri said the victims of the terrorist attacks still await justice one year after that horrific event.