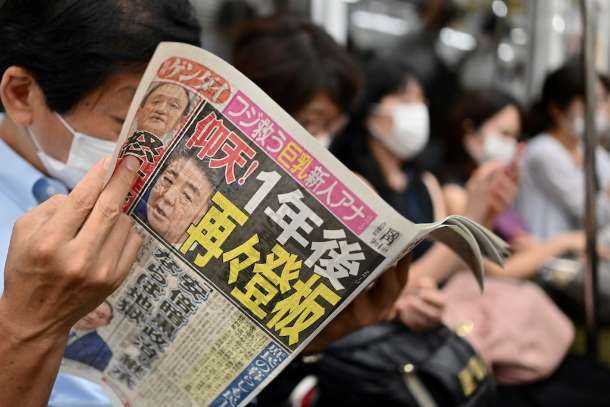 Though Japan's ruling party has yet to select a successor to Prime Minister Shinzo Abe, who quit over ill health, his trusted lieutenant has emerged as the frontrunner.

Whoever is elected LDP leader on Sept. 14 is almost guaranteed to become the prime minister of the world's third-largest economy.

As chief cabinet secretary, 71-year-old Suga has religiously communicated Abe's messages on everything from economic policy to North Korean missile tests and Japan’s fragile response to the Covid-19 pandemic.

The conservative LDP used to be dominated by factions who called the shots. Reforms in the 1990s restricted their influence. However, they still hold sway in the allocation of party and cabinet posts and determine who wins leadership races.

Though Suga himself has distanced himself from factions, his rise is tied to his alliance with party heavyweight Toshihiro Nikai, the LDP's powerful secretary-general. And 81-year-old Nikai, in turn, wants Suga to let him remain in his powerful post.

Abe's fate was sealed long before the end of his term, which was due to end in September 2021, because of his low voter ratings. The call to replace Japan's longest-serving leader gathered steam after reports of his chronic illness surfaced in August.

Suga got a shot in the arm on Sept. 2 when the ruling party opted for a slimmed-down leadership poll involving its parliament members and three representatives from each local chapter.

The party has rejected calls for a full-scale poll with the participation of rank-and-file members, but the selection process has sparked controversy.

Besides Ishiba, a critic of Abe during his eight-year reign, Suga faces a strong challenge from Fumio Kishida, whom Abe had long been thought to favor as his successor.

To the credit of Suga, he is backed by the 98-member strong Hosoda faction, from which Abe hails, and Deputy Prime Minister Taro Aso's group with 54 lawmakers.

In a three-cornered context, Suga's candidacy is being touted as the continuity option as he was part of the elite group of decision-makers around Abe.

Ishiba defeated Abe in the first round of an LDP presidential race in 2012 due to his strong grassroots support, but he lost in the second round when only MPs could vote. He also lost heavily to Abe in the 2018 party contest.

This week Ishiba suggested that the party had already "anointed Suga as a leader," though the public wanted a change in style after Abe.

In an interview with Reuters, a dejected Ishiba said: "I've continuously challenged Abe, and I have more support than those who haven't. This is not based on performance but on expectations."

Ishiba was supported by 34 percent of the public, according to a recent poll, compared with 14 percent for Suga.

It will not be a cakewalk for Abe's successor. He will have to address a resurgence of the coronavirus pandemic, a worsening recession and a crippled job market that saw nearly two million people lose their jobs in July. He will also have to lead the LDP in the general election due in late 2021.