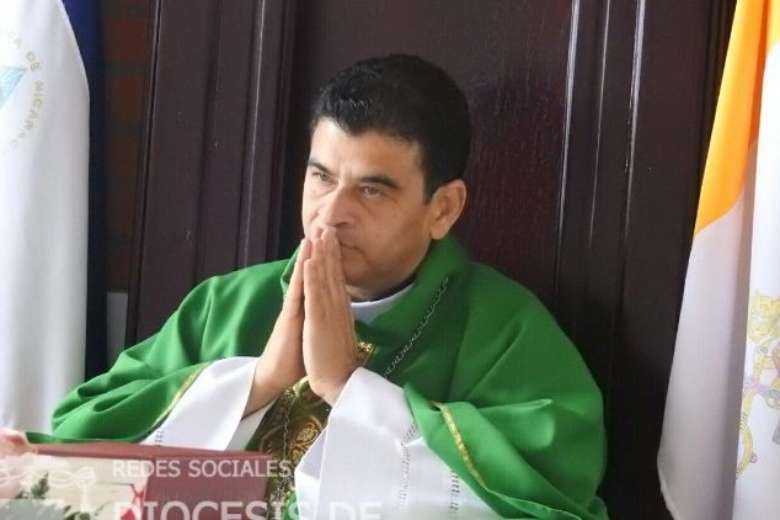 A Nicaraguan bishop and priest have accused police of harassing them -- the latest attempt by the government to impede the work of the Catholic Church.

Bishop Rolando José Álvarez Lagos of Matagalpa, Nicaragua, started a hunger strike May 19. He said he would have only water and electrolytes until police stop the harassment -- including harassment of his parents and family.

In a video posted to the Facebook account of the Diocese of Matagalpa, Bishop Álvarez said police followed him all day and, when he asked to speak with the chief of police, officers entered the house where he was with his family.

Earlier in the week, Father Harving Padilla told Nicaraguan media that police have parked outside his parish in the city of Masaya since May 15 and have not provided an explanation of their activities. He said police took photos while he celebrated Mass at the St. John the Baptist Parish and later parked outside the garage of the parish residence, blocking access.

"This is a government that does not listen and is filled with arrogance in the face of the humility and simplicity that the church presents for the path of peace," Father Padilla told the news outlet 100% Noticias.

The harassment started during Holy Week, Father Padilla told the news outlet Confidencial, as police and paramilitaries in a pair of pickups followed him on a highway. "Some of them called me a coup plotter, a murderer, but they didn't stop me directly."

Father Padilla said he has received no explanation for what he called "harassment." Msgr. Carlos Avilés, vicar of the Archdiocese of Managua, said calls to the local authorities in Masaya have not been answered.

"They have him marked, along with others," Msgr. Avilés said in a brief message to Catholic News Service, referring to Father Padilla being publicly criticized by public officials.

Father Edwin Román, previously a priest in Masaya whose parish was besieged by Ortega supporters, tweeted May 16, "These acts of repression create anxiety in the citizenry and (are) evidence of religious persecution."

The police presence outside Father Padilla's parish is not the first time he has experienced threats from forces loyal to the regime of President Daniel Ortega.

Parishioners barricaded the parish doors with church pews as Ortega supporters tried to burst into the building in November 2019. The people inside the parish had participated in a pilgrimage in support of the families of political prisoners who were detained for protesting the Ortega regime.

Father Padilla told Nicaraguan media the government has accused him of being responsible for the 2018 death of an anti-narcotics agent. He attributed the crime to paramilitaries.

He told 100% Noticias he prayed for Ortega and his wife, Vice President Rosario Murillo, "because they constantly call me a murderer."

The harassment against Father Padilla comes after the National Assembly approved a report calling for prosecuting "religious and directors of human rights organizations who got involved in the coup adventure," referring to the mass protests against Ortega in 2018.

The Archdiocese of Managua's Peace and Justice Committee said in a May 18 statement: "The church will continue announcing the Gospel, denouncing social structures of sin, accompanying the people -- especially the poor and weak. The mission of the church will always cause contradictions in this world, where, along with the light, there is also the darkness of evil."