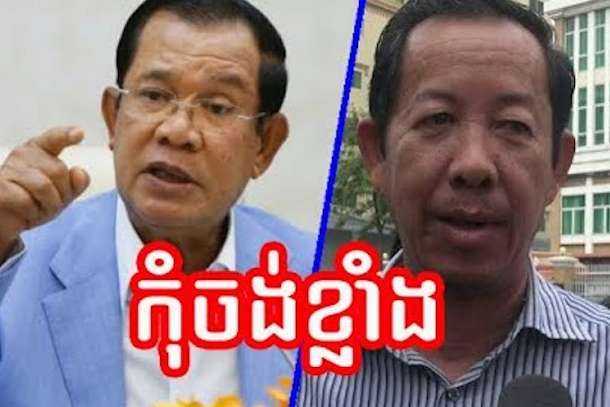 Khmer Thavrak has backed protests launched last month after the arrest of trade unionist Rong Chhun, who claims Vietnam is grabbing land from Cambodia. Mother Nature has opposed the rapid clearing of forests and environmental damage caused by developers.

The ministry said it was “calling on relevant authorities to take legal actions” against both NGOs.

“The two NGOs have been carrying out acts of incitement to undermine stability, security, public order and social unrest through the use of social media and lead demonstrations without any permission,” it said in a statement published by the news portal Fresh News.

It also said they were conducting activities under clear organizational structures, yet they did not register at the Ministry of Interior in accordance with the Law on Associations and Non-Governmental Organizations.

Six members of Khmer Thavrak were arrested last month after protests held in support of Rong Chhun. Chhoeun Daravy and Hun Vannak have been charged with incitement and are still in jail. A third protestor, Tha Lavy, was arrested on Sept. 7.

“The silencing of citizens’ rights and freedoms to express their views is not just to close their mouths but also cut their throats,” So Meta, from Khmer Thavrak, told the Phnom Penh Post.

“Police arrested my friend Tha Lavy this morning. This is a public square for citizens, so why did they stop us from gathering?”

Mother Nature has also upset the government with its hardline attitude. On its website the NGO says “it is fighting to put an end to the systematic destruction of Cambodia's natural heritage, done usually under the facade of 'development' and 'economic growth' but ultimately nothing but a means to enrich the country's dictatorial elite.”

Protests in Cambodia are rare following a government crackdown on dissent initiated ahead of the 2018 election which the then main political opposition party, the Cambodian National Rescue Party (CNRP), was banned from contesting.

That resulted in the long-ruling Cambodian People’s Party (CPP) winning all seats. It caused an outcry among Western nations and prompted the European Union to withdraw some trade preferences, which combined with the Covid-19 pandemic has hurt the country’s economy.

The ministry statement also appealed to the public to stay away from “the illegal activities of these groups” while urging relevant authorities to ensure public order and national security, especially during the upcoming Pchum Ben festival, marked by three days of holidays.