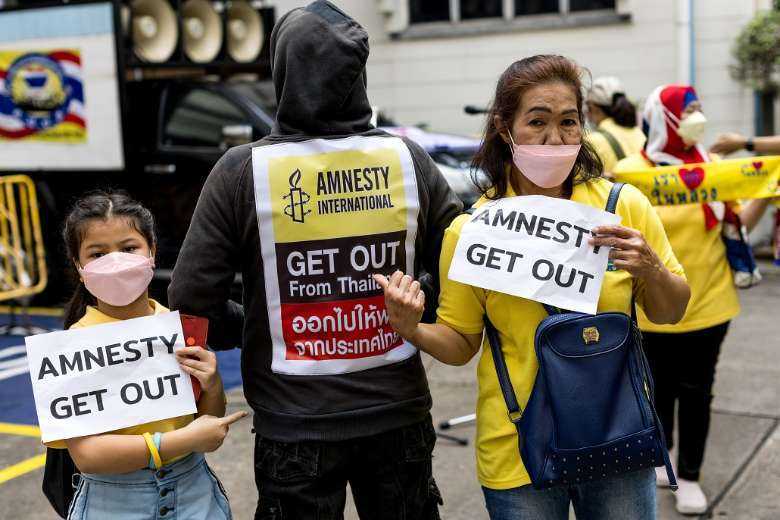 Non-governmental organizations (NGOs) in Thailand have been staging protests against a proposed bill that would require them to register with the Interior Ministry if they want to continue operating in the Southeast Asian nation.

Representatives of several NGOs have held demonstrations outside Government House, the headquarters of the United Nations and elsewhere calling for the proposed bill to be scrapped.

The bill would seek to regulate the work of NGOs in order to “prevent them from engaging in activities deemed to be a threat to national security or good public morals and to ensure they refrain from activities which may cause disunity in the country.”

Its ambiguous phrasing, the bill’s opponents say, would enable Thai authorities to shut down groups whose work they consider a threat to their hold on power.

The bill, which would also require NGOs to disclose their sources of funding and spending, could also be used to facilitate a culture of official impunity in Thailand, they say.

“They may restrict certain types of activities [such as] organizing a public forum to criticize the military. They don’t have such a law as yet,” Pornpen Khongkachonkiet, director of the Cross Cultural Foundation, a prominent Thai group advocating for interfaith dialogue, has said.

“The list of prohibitions in the draft law are so broad, numerous and open to abuse that they could significantly impact the day-to-day operations of civil society”

Numerous rights groups have called on the military-dominated government to abandon the amendment since it was proposed in January.

“In its current form the excessively restrictive law could easily be misused to obstruct the work of or even shut down a wide range of grassroots, national and international civil society groups in Thailand, threatening its status as a regional hub for local and international NGOs,” Roseann Rife, deputy regional director of Amnesty International, has warned.

“The list of prohibitions in the draft law are so broad, numerous and open to abuse that they could significantly impact the day-to-day operations of civil society.”

Amnesty International is one NGO whose work could be severely curtailed if the amendment was passed.

Earlier this year Prime Minister Prayut Chan-o-cha, a former army chief who seized power in a coup in 2014, said his administration would look into calls by ultra-royalists to evict Amnesty International from Thailand over its vocal support for young pro-democracy activists who have been detained and charged with royal defamation, a crime in Thailand, following their calls for democratic reforms.

“Issues like monarchy reform, including the call for the abolition of the controversial lese majeste law, could be perceived by the government as being against good morals"

“Of the many problematic sections of the latest draft, one forbids not-for-profits from affecting ‘public order,’ ‘good morals’ or the ‘happy normal existence of other persons.’ All of these vague terms leave organizations at risk from authorities’ unchecked, discretionary power,” Rife said.

“In a country of 70 million people, any of these provisions could easily be applied arbitrarily to severely restrict freedom of expression, association, peaceful assembly and other human rights,” the rights advocate added.

“What constitutes ‘good morals’ for the government may be the suppression of human rights for civil society,” Pravit Rojanaphruk, a prominent political commentator, wrote in an op-ed.

“Issues like monarchy reform, including the call for the abolition of the controversial lese majeste law, could be perceived by the government as being against good morals.

“NGOs organizing or aiding protests on the same issue [of] monarchy reform, or against the long-standing imposition of the emergency decree in the [conflict-riven Muslim-majority] Deep South, or against capital punishment, could be construed by the state as being against ‘public order.’”