The persecution of Apple Daily has undermined the rule of law and must be challenged by the international community
Published: June 28, 2021 03:53 AM GMT ▾ Last week Hong Kong saw not only the closure of a newspaper but the death of press freedom. The city’s most popular newspaper and the only remaining Chinese-language, mass circulation pro-democracy daily publication, Apple Daily, published its final edition on June 24. It printed a million copies, and they sold out within hours.

The death of Apple Daily was not because it ran out of money or markets. On the contrary, it had 600,000 paid subscribers and more than US$50 million in the bank — enough to cover another 18 months. It closed because the Hong Kong government froze its bank accounts, making it impossible to pay salaries and bills, after arresting its editor-in-chief Ryan Law and four other senior executives.

Its Catholic founder and proprietor, Jimmy Lai, is already in jail on numerous politically motivated charges and faces a potential life sentence under the city’s draconian national security law. In short, as Mark Simon, former senior executive at Next Digital, Apple Daily’s parent company, put it in an op-ed in the Washington Post on June 26, the newspaper “didn’t just die. It was murdered.” Murdered by the Chinese Communist Party regime that has taken direct control of Hong Kong and is strangling freedom itself.

Apple Daily symbolized Hong Kong’s freedoms. Courageously and constantly publishing stories and opinions critical of the regime in Beijing and its proxy quislings in Hong Kong, the newspaper was fearless in promoting democracy and human rights. As a consequence, the authorities hated it and, over the course of the past year, became determined to kill it.

Last August over 100 police officers raided its newsroom and arrested Lai. Then, on June 17, some 500 police officers again raided the newspaper, seizing computers and notebooks and arresting five senior staff, charged with violating the national security law. A week later, Hong Kongers said goodbye to Apple Daily, 26 years after it was founded.

Many feared this day would come but few expected it to come so soon. Presumably the reason for the timing was the approaching set of anniversaries. July 1 marks the 24th anniversary of the handover of Hong Kong to China, the first anniversary of the imposition of the national security law and the 100th anniversary of the establishment of the Chinese Communist Party. For any democrat and freedom-loving person, July 1 will be a day of mourning, not celebration, and Beijing did not want Apple Daily around to remind people of that.

The few remaining small independent and pro-democracy online outlets must be worried, knowing that their days are surely numbered

The death of Apple Daily represents yet another nail in the coffin of Hong Kong’s freedoms, autonomy and rule of law. For several years, the territory’s freedoms have been continuously eroded and undermined, but over the past 12 months they have been completely dismantled with alarming speed.

The regime in Beijing is now in total, constant and repeated breach of the international treaty it signed with the United Kingdom — the Sino-British Joint Declaration — in which it promised to uphold “one country, two systems” and a “high degree of autonomy” for Hong Kong for at least 50 years from the handover, until 2047. Less than halfway through, Beijing tore up those promises.

As Hong Kong transitions into becoming just another mainland Chinese city under the total direct rule of the Chinese Communist Party regime, the trajectory for press freedom is clear. The few remaining small independent and pro-democracy online outlets must be worried, knowing that their days are surely numbered.

Even foreign correspondents, who until recently have operated in Hong Kong with a freedom and normality that their colleagues in the mainland have never enjoyed, have cause for concern. Some, like the Financial Times’ Asia news editor Victor Mallet, have already been expelled, others are finding it more difficult to obtain visas, and those who are allowed to continue may face more Beijing-style restrictions and intimidation in the future.

But it is not only press freedom that is affected. The rule of law — for which Hong Kong was so widely respected — is undermined. Never forget that Apple Daily’s bank accounts were frozen by Secretary for Security John Lee without a court order or any judicial process whatsoever. Those arrested were accused of colluding with foreign forces to undermine national security, and reference was made to articles advocating sanctions. It is not yet clear whether those were articles published before the national security law or not — but if so, then the application of the law retrospectively is a cause for further alarm.

It’s chilling that the day after the newspaper closed, Lee was promoted to chief secretary, the number two in the Hong Kong government, and succeeded by the police chief who oversaw a campaign of police brutality against protesters in 2019 with impunity. Hong Kong is now truly a police state.

As freedom as a whole is dismantled, inevitably religious freedom, as a component of freedom and a basic human right, will be undermined. You cannot separate religious freedom from other human rights. We are already seeing early warning signs with the closure of the Good Neighbour North District Church and the freezing of its assets, and warnings from Cardinal John Tong to clergy to “watch your words” in homilies.

Let’s not forget that Jimmy Lai is a devout Catholic and a constant champion of religious freedom. I know from my own experience as a weekly contributor to Apple Daily that the newspaper gave me a freedom to write about faith and religion in a way that no other secular, daily, mass-market publication anywhere in the world has done. At Christmas, Easter and Pentecost, I wrote explicitly about religious themes in the context of commentary on broader issues.

I am not saying that the closure of Apple Daily or the jailing of Jimmy Lai are religious freedom issues — that would be a gross over-simplification — but I am saying that the killing of this newspaper, the jailing of Lai and the death of media freedom have ramifications for religious freedom. When you silence freedom of expression, inevitably you undermine freedom of religion.

The last two weeks have been truly heartbreaking to watch. As a weekly columnist for Apple Daily’s English online publication, not only have I lost a platform I loved writing for but, far more significantly, I fear for the well-being of those with whom I used to be in weekly contact. I worry whether something I wrote got people into trouble, although I know plenty of other contributors and reporters were writing dangerously too. Several times over the past year I wondered if they might ask me to stop, but they showed remarkable courage, determination and persistence.

If the regime thinks there are no consequences for its crimes, it will continue to commit them

When the newsroom was raided by the police for the first time last August, I asked if they wanted me to stop. “Of course not,” replied one of the editors on the day of the raid. “It’s business as usual.”

Even when 500 police came to the newsroom and arrested the editor and senior executives this month, my contact told me: “We will try our best to keep business as usual.” Only the next day, last Friday, when my article for that week did not appear, it became clear that their courageous efforts would not be enough. The national security law’s noose was tightening around the newspaper’s neck.

Writing for this courageous newspaper has been one of the greatest privileges of my life. As I said in a protest newspaper published independently of Apple Daily on June 26, in tribute to their staff: “I write for many publications around the world. Mostly I have to pitch the idea to an editor and they say yes or no, or they commission me to write on a particular topic, with a strict word count. With Apple Daily, it was different. They gave me complete freedom to choose the topic and what to say. The only broad criterion was that it should relate to Hong Kong, China or the wider Asia region. Never once did the editors change my writing, never once did they censor me, never once did they limit my word count and never once did they tell me what to write.” That was the spirit of Apple Daily — the spirit of freedom. And while the newspaper is dead, its spirit lives on in the hearts of many.

The international community cannot let this murder go unchallenged. It is now time to move beyond strong statements and take concrete action. That means robust, targeted and coordinated sanctions against those responsible, in Beijing and Hong Kong, for the destruction of Hong Kong’s freedoms. Failure to act will not only mean further repression with impunity in Hong Kong — it will embolden Beijing in its aggression beyond its borders too. If the regime thinks there are no consequences for its crimes, it will continue to commit them. With Taiwan in its sights, the free world must not allow Beijing to get away with what it has done to Hong Kong.

* Benedict Rogers is the co-founder and chief executive of Hong Kong Watch. The views expressed in this article are those of the author and do not necessarily reflect the official editorial position of UCA News. 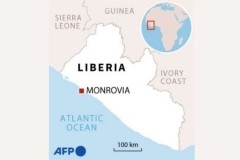