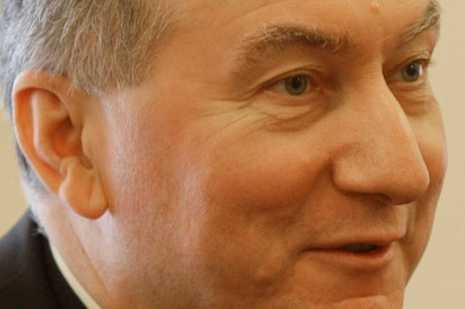 Archbishop Pietro Parolin, the new Secretary of State of the Vatican, made some surprisingly frank remarks about priestly celibacy that may indicate a new openness to "the democratic spirit of the times." Pope Francis' plans to reform the Vatican and "shake up the church" have received a lot of attention, but he has not yet publicly addressed the issue of mandatory celibacy for priests.

Parolin said in an interview with Venezuelan newspaper El Universal that the tradition of priestly celibacy is not dogma, or a law of divine origin, and is therefore open to discussion. He went on to note that while the church is not a democratic institution, it needs to "reflect the democratic spirit of the times and adopt a collegial way of governing."

While previous popes have declared some topics closed off from discussion, Parolin's remarks may be indicative of the possibility of a greater conversation about an ancient Church tradition.

Though it's not clear exactly when celibacy became mandatory for priests, the first written mandate for chastity dates back to 304 C.E., when Canon 33 of the Council of Elvira stated that all "bishops, presbyters, and deacons and all other clerics" should "abstain completely from their wives and not to have children." A definitive ruling was handed down at the Second Lateran Council of 1139, which ruled that priests were forbidden to marry.

Parolin said, "it is possible to discuss and reflect on these topics that are not defined faith, and consider some modifications, but always in the service of unity and according to God’s will.”