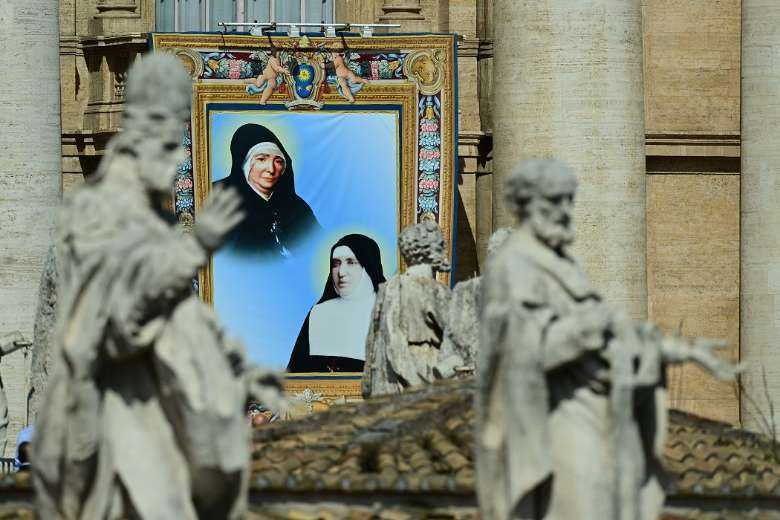 A Filipina child “miraculously” cured by a French nun was presented to the pope on May 15 during the canonization of ten new saints at the Vatican in Rome.

Angel Marie, 6, from Bohol province in the central Philippines had been diagnosed with hydrops fetalis, a serious condition when an abnormal accumulation of fluid builds up around the lungs and the heart.

Angel Marie’s mother prayed to Saint Marie Rivier to heal her, according to Vatican reports.

“At first, the doctors did not believe that she would get well and were surprised when they became convinced that she was indeed free from the condition,” a cousin of the child, who wished to remain anonymous, told UCA News.

Bishop Abet Uy of Tagbilaran diocese in Bohol province witnessed the canonization at the Vatican.

“Who would expect that a little kid from Barangay Nahawan in Clarin, Bohol would walk in St. Peter’s Square and be near the Holy Father. This is called grace, a gift from God,” he said on Facebook.

Bishop Uy said the survival rate among children suffering from the condition was low, yet Angel Marie survived because of her mother’s prayers.

“More than half of all babies with the condition die before birth or soon after delivery. After her mother ... asked for the intercession of St. Marie Rivier, Angel was miraculously healed. She is now 6 years old,” Bishop Uy added.

The prelate reiterated the calling of the pope to serve the Church in “little acts” of love like the newly canonized saints.

“Pope Francis said that our calling is to serve the Gospel and our brothers and sisters, to offer our lives without expecting anything in return, or any worldly glory,” said Bishop Uy.

“By embracing with enthusiasm their vocation — some as a priest, others as a consecrated woman, as a layperson — they devoted their lives to the Gospel,” he said.

Like Angel Angel Marie, Saint Marie River suffered from a disability for most of her childhood after falling out of bed and injuring her hip.

She could barely stand with the help of crutches. She was not accepted by a religious congregation when she applied at 17.

During the French Revolution, she founded the Congregation of the Sisters of the Presentation of Mary for the education of young girls.