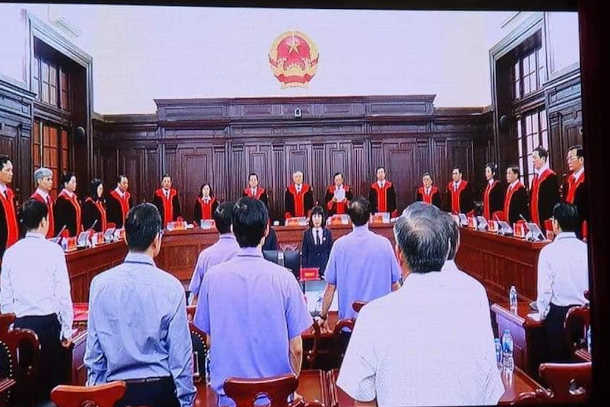 Lawyers and activists have provided evidence supporting the innocence of a death row inmate whose sentence was controversially confirmed by Vietnam’s Supreme Court.

Phong was quoted as saying that cuts on the victims’ necks in the pictures show that “the killer is surely left-handed while Hai is a right-hander.”

The lawyer said police documents reported that Hai, who was arrested and determined as the only murderer, took a knife in his right hand to cut the victims’ necks at their front. If Hai was in front of the victims, he could not have made such cuts from left to right on their necks, he added.

He said that if the killer is verified and determined as a left-hander by investigators, “this is an important alibi for Hai.”

Phong said a picture supplied four or five days ago showed a piece of instant noodle near the head of Nguyen Thi Anh Hong, one of the victims, so the murderer must have been a close friend of the two victims since they had food before the murder happened.

The lawyer concluded that Hong’s then boyfriends — Nguyen Mi Sol and Nguyen Van Nghi — could be regarded as suspects. However, he said, case files do not contain alibis of the two men.

State-run newspapers reported that police arrested Nghi two days after the murder but police did not release any information until they arrested Hai two months later. Nghi’s whereabouts are unknown.

Truong Chau Huu Danh, a journalist who has closely followed the murder case, called on investigators to re-examine the time Hai spent traveling to a pawnshop, returning home to exchange a motorbike, collecting a friend from a coffee shop, carrying the friend to another coffee shop and going to the Cau Voi post office where the murder happened.

He said it was unrealistic that Hai had traveled 12 kilometers on rural roads without street lights and finished his activities 16 minutes before the murder, as the case documents reported.

On May 13, some 12 religious and civil society groups and 750 intellectuals and activists including Catholic priests signed a petition calling on the government to cancel Hai’s death sentence and re-examine the case so that justice is done and the real murderers are punished.