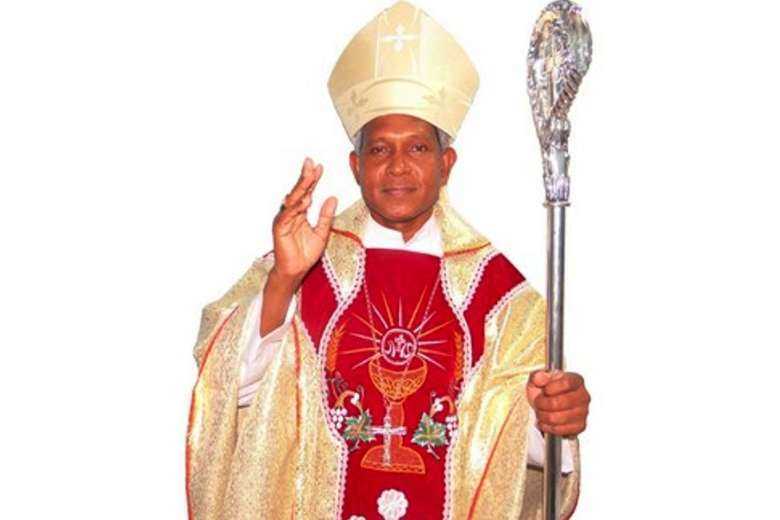 Pope Francis has appointed Auxiliary Bishop Telesphore Bilung of Ranchi as the new bishop of Jamshedpur in the eastern Indian state of Jharkhand.

The announcement was made in Rome at noon on Nov. 1.

The Diocese of Jamshedpur had been without a bishop since Bishop Felix Toppo was transferred to Ranchi as archbishop on June 24, 2018.

Bishop Bilung was born on April 15, 1961, at Sargidipa in the Diocese of Rourkela in Odisha. In 1979, he joined the Jyoti Bhavan Minor Seminary in Sambalpur. He entered the Society of the Divine Word (SVD) in 1985.

He professed his first vows in 1986 and his solemn profession was in 1991. He was ordained a priest on May 2, 1992, in Gaibira in the Diocese of Rourkela. From 1986-92, he completed his studies in philosophy and theology at Jnana Deepa Vidyapeeth in Pune. From 2005-06, he did a counseling course in Britain.

He served as assistant parish priest in Puri from 1992-94 and as rector of the minor seminary in Sambalpur from 1994-96. In 2005, he was made chairman of the vocation board.

Most of the faithful in the diocese belong to the Ho, Munda and Santhal tribes and live in villages

In 2007, he became pastor of Premnagar in the Archdiocese of Calcutta. He was the provincial councilor from 2008-11 and rector of the SVD minor seminary in Lungai from 2010-11. Since 2011, he has been the provincial superior of the Divine Word Missionaries.

He was appointed auxiliary bishop of Ranchi on May 6, 2014. He was ordained a bishop on Aug. 30, 2014, in Ranchi. On June 20, 2019, he was appointed apostolic administrator Sede vacante et ad nutum Sanctae Sedis of the Diocese of Jamshedpur.

He has been a priest for 29 years and a bishop for seven years.

Jamshedpur Diocese was erected on July 2, 1962, in Jharkhand state. It comprises the districts of East Singhbhum, West Singhbhum (excluding the parish of Bandgoan), Saraikela-Kharswan, Dhanbad, a portion of Bokaro district (namely the Chandankiayari Block and the Chas Block), while in West Bengal it covers Purulia district.

Most of the faithful in the diocese belong to the Ho, Munda and Santhal tribes and live in villages. The cosmopolitan towns of Jamshedpur, Purulia and Dhanbad have a floating population migrating from various parts of India.

There are about 60,000 Catholics in the diocese, which has 146 priests and 318 religious sisters.