The complete dismantling of the city's freedoms, democracy, autonomy and rule of law has happened so quickly
Published: August 17, 2021 03:44 AM GMT ▾ Almost exactly four years ago to the day, I was sitting in the back of a taxi in a traffic jam in Surabaya, Indonesia, when an idea crystallized in my mind. If you know Indonesian traffic jams, you’ll know they give you a lot of thinking time.

I was thinking about my Hong Kong friends Joshua Wong, Nathan Law and Alex Chow, who were on trial and facing sentencing within a matter of days. I was also reflecting on my own relationship with Hong Kong and what more could be done.

It was from Hong Kong that I became involved in human rights advocacy for Timor-Leste, Myanmar and North Korea. It was in Hong Kong that I began speaking out for human rights in the region. In 1999, as the Indonesian army began its campaign of massacres and destruction in Timor-Leste following the referendum, I organized a big march through Wanchai to the Indonesian consulate and a press conference at the Foreign Correspondents’ Club.

I used to speak in churches around Hong Kong about human rights and religious freedom in other parts of Asia. I used to lead groups from Hong Kong churches to Timor-Leste during its transition and to the refugees on the Thailand-Myanmar border. So much of what I still do today began in Hong Kong.

When I left the city after five years, I was optimistic for its future. So much so that I devoted my attention to rights issues in other parts of Asia — Myanmar, Pakistan, Indonesia, North Korea, mainland China and beyond. In 2002, I thought Hong Kong’s “one country, two systems” principle was, by and large, intact, its freedoms generally protected and that I had little reason to worry. It never occurred to me that one day I would be advocating and protesting for Hong Kong.

The level of awareness and understanding of the erosion of Hong Kong’s freedoms was appallingly low among British MPs, media and civil society

It was not until the Umbrella Movement in 2014 that I began to reconnect in earnest with Hong Kong’s politics, when I realized something was going wrong. I started to write op-eds, speak to members of parliament and speak out for Hong Kong.

In the following years, Nathan Law — soon after he was elected as the city’s youngest legislator — came to London, and I was asked to help arrange meetings for him.  A few months later, the same thing happened with Joshua Wong. And then others. In my spare time, I accidentally became a de facto contact point for Hong Kong activists coming to London wishing to brief policymakers on the deteriorating situation in the city.

By 2017 several things were already becoming apparent to me.

First, that the level of awareness and understanding of the erosion of Hong Kong’s freedoms was appallingly low among British MPs, media and civil society. I could count on less than one hand the number of parliamentarians who were interested, informed and concerned.

Second, I knew then — with little anticipation of how much worse the situation would become — that relying on one activist in London in his spare time was not enough. I was working for a human rights organization with a full-time focus on Myanmar, North Korea, Indonesia and China, and I had more than enough on my plate. I knew Hong Kong needed an organization, a platform, a team for advocacy.

And third, I knew that having begun my working life in Hong Kong as a journalist and human rights activist — two fields about which I am most passionate — there was no way I could remain silent when the city that had once been my home was in trouble.

So, as I sat in that traffic jam and pondered the impending fate of my friends Joshua, Nathan and Alex, I messaged some friends in London with whom I had already been talking about what more could be done. “Let’s start an advocacy and campaign organization,” I said. That’s how Hong Kong Watch came to be born.

Just a few days later, I was in Bali beginning a short holiday at the end of a long work visit to Indonesia. I desperately wanted to switch off and relax. But I knew that the verdict and sentence for Joshua, Nathan and Alex was coming. So, I watched for it and — in between pool and beach — I heard their sentences.

By comparison with the national security law sentences we see today, they were light — between six and eight months in jail. But by the standards of a previously open and free city, this was the first dark cloud heralding the beginning of a nightmare.

I was probably one of the first foreigners to be denied entry, though others followed. It became a significant media, diplomatic and political incident

Within 24 hours, I had mobilized at least 25 public figures, including the former British foreign secretary Sir Malcolm Rifkind, former British Liberal Democrat leader Paddy Ashdown, former Maldives president Mohamed Nasheed, as well as Alissa Wahid, daughter of former Indonesian president Abdurrahman Wahid, and Myanmar comedian and former political prisoner Zarganar. They issued a public statement of condemnation, published in The Guardian and the Hong Kong Free Press among others, and it perhaps caught the authorities by surprise.

From there, the momentum grew. I organized a letter from a group of eminent lawyers in support of Joshua, Nathan and Alex. And then, in October that year, I attempted to visit Hong Kong, simply to talk privately with friends, old and new. Unfortunately, the regime got wind of it and denied me entry. I was probably one of the first foreigners to be denied entry, though others followed. It became a significant media, diplomatic and political incident — the British foreign secretary, who at the time was Boris Johnson, issued a statement, the Chinese ambassador was summoned and the matter was raised in both houses of parliament.

Then ensued a string of harassment through the post, to me, my neighbors and my mother. But thankfully I have good neighbors and a wonderful mother, and it succeeded in causing little more than mirth and bewilderment.

We launched Hong Kong Watch on Dec. 10, 2017 — International Human Rights Day — in Speaker’s House in the British parliament, hosted by the speaker of the House of Commons, together with our founding patrons and distinguished politicians from all major parties.

Over the past three and a half years or more, our work has grown, our team has expanded and our impact has increased. We now advocate in London, Washington, Ottawa, Canberra, Berlin, the European Union institutions and the United Nations. We played a key role in advocating for the British National Overseas visa scheme for Hong Kongers and have led efforts to ensure that the British government has a plan for implementation and integration. We have been catalysts for other civil society initiatives to help Hong Kongers coming to the UK.

And we never imagined that, even though we can no longer go to Hong Kong, it would come to us in such large numbers

None of us could have imagined four years ago how rapidly and severely the situation in Hong Kong would deteriorate. We knew things were getting worse, which is why we founded Hong Kong Watch. But we never imagined we would see so many of Hong Kong’s democrats jailed or exiled, and so many others silenced.

We never imagined that our contact with people in the city would almost evaporate. We never would have foreseen that democrats would be driven out of every available space — off the streets and out of the legislature, media and civil society.

And we never imagined that, even though we can no longer go to Hong Kong, it would come to us in such large numbers. I now spend most weeks meeting recently arrived Hong Kongers in London. That is some recompense for not being able to travel to the city and having to be extremely careful in any occasional contact with people there, but it is not what any of us would have wanted.

Reflecting on the complete dismantling of Hong Kong’s freedoms, democracy, autonomy and rule of law over the past year or two, I often think how glad I am that I sat in that Surabaya traffic jam four years ago and envisioned Hong Kong Watch. Imagine if there was no Hong Kong Watch to stand by the city in its darkest hours.

Of course, there is much that we cannot do, but the one thing we can do is provide a voice for those who are now unable to speak, or face great danger in doing so, and make sure that the international community does not forget Hong Kong. That’s our task going forward. We will continue the fight for as long as it takes.

* Benedict Rogers is a human rights activist and writer. He is the co-founder and chief executive of Hong Kong Watch, senior analyst for East Asia at the international human rights organisation CSW, co-founder and deputy chair of the UK Conservative Party Human Rights Commission, a member of the advisory group of the Inter-Parliamentary Alliance on China (IPAC) and a board member of the Stop Uyghur Genocide Campaign. He is the author of six books and his faith journey is told in his book “From Burma to Rome: A Journey into the Catholic Church” (Gracewing, 2015). The views expressed in this article are those of the author and do not necessarily reflect the official editorial position of UCA News.

MAXWELL
Dear Benedict, your article is one of the best in recent weeks I have read about what is happening in Hong Kong. It is indeed true that the people of Hong Kong are staring at a bleak future as they do not know what kinds of communist measures will be introduced in the city state. The world must not overlook the tragedy that is unfolding in this great Asian city. Major business houses and banks are shifting their operations and headquarters from Hong Kong. Global powers should united to fight for the democratic rights and freedom of the people of Hong Kong.
Reply 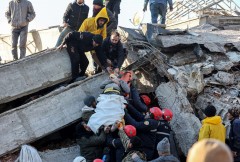 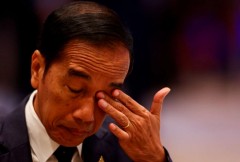