In this file image taken on Oct. 8, 2017, Nepali Christians take part in a church service in Lapa village in Dhading, some 100 kms northwest of Kathmandu. Despite strict laws that ban religious conversion, Christianity has spread rapidly over the last two decades in Nepal, where many see it as an escape from the deeply entrenched caste system. (Photo by Prakash Mathema/AFP)

The enactment of new legislation criminalizing religious conversion in Nepal has sparked a heightened sense of fear and insecurity among Christian minorities.

The Civil and Criminal Codes, which came into effect on Aug. 17 to replace the General Code that was in place for 165 years, comprise a set of laws guiding civil and legal proceedings, including restrictions on religious conversion, in the Hindu-majority nation.

One new law states that anybody who encourages or is involved in religious conversion using any means will be booked under a criminal offense and will face a jail term of five years and a fine of 50,000 Nepalese rupees (US$445). Any foreigner found guilty of encouraging or promoting religious conversions will be deported within a week.

Christian leaders believe the move is targeted at Christians, who have been accused of forceful proselytizing of Nepalis, particularly those from vulnerable and lower castes. They fear the law will be used as a tool to harass and persecute Christian minorities for practicing their religion.

"The Christian community is alarmed about this new law. This is like a saw that is always hanging on top of us and can be used any time against us," said Father Silas Bogati, vicar general of the Apostolic Vicariate of Nepal.

It is a basic fundamental right of an individual to accept or practice any religion or any belief, he said. "With the new law implemented, we feel that our freedom of religion has been hampered and it looks like we will not be able to even practice our own religion in a fair manner," Father Bogati added.

The Federation of National Christian Nepal, believes the move is a regressive step that hurts the sentiments of Christian minorities who had earlier welcomed Nepal's decision to adopt secularism.

The law goes against the principles of secularism, democracy and human rights and aims to restrict the freedom of religion of more than three million Christians who are associated with nearly 12,000 churches in Nepal, said federation chairman C.B. Gahatraj.

He said Christian minorities are already facing various problems due to the state's discriminatory policy. Churches have been bombed or set on fire and people are being falsely accused and persecuted for talking about religion, distributing Bibles or killing cows, which are worshipped by Hindus.

"It is sad to see the silence of the government over our problems," Gahatraj said. "Talking to somebody about religion should not be mistaken as something wrong or as encouragement for conversion." 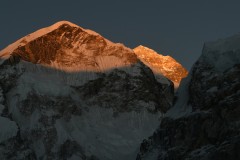 Inward-looking Nepal may harm itself The discourse for a national anti-conversion law started after the promulgation of Nepal's constitution in September 2015.

Anthropologist Dambar Chemjong argues that despite being declared a secular state, Nepal has a constitution that is not religiously inclusive and gives space for fundamental Hindu identity. "It enshrines and recognizes the primordial Hindu identity. And the civil laws formulated based on the constitution also contribute to the institutionalization and legalization of values and norms of the Hindu religion," he said.

Instead of institutionalizing modern norms that recognize inclusive democracy, cultural and religious diversity, the new civil law has been prepared to suit the dominant religion and marginalizes other religions, Chemjong said.

Christian missionaries have been engaged in social, health and educational activities for a long time, allowing them to keep in touch with various communities.

Chemjong said the major political parties, who are comprised mostly of higher-caste Hindus, are insecure over the increasing influence of the Christian community and this fear has led to the suppression of human rights and religious rights.

He agrees that evangelical groups are active in Nepal and have attracted people. One of the major reasons is that socially and economically excluded groups are revolting against the deep-rooted and regressive caste-based system and unequal social structures. Christianity talks about liberation from this injustice.

The World Christian Database listed Nepal among countries with the fastest-growing Christian populations. The last census in 2011 recorded about 375,000 Christians but Christian groups claim the real number is more than three million. According to the census, 81 percent of the Nepalese population was Hindu, 9 percent Buddhist, 4.4 percent Muslim, 3 percent Kiratist and 1.4 percent Christian.

Conservative Hindu groups, including the hard-line Rastriya Prajatantra Party, have clamored for strict legislation to regulate religious conversions to prevent people from being coerced, lured or duped away from their ancestral faith. The groups advocating a Hindu kingdom allege that well-funded foreign missionaries use money to lure vulnerable people to convert to Christianity.

After Nepal's devastating earthquake in 2015, government officials claimed that Christian groups and aid agencies were using humanitarian grounds to spread their beliefs among victims in need of help. This led to debates and policy-level interventions that included scrapping the registrations of international NGOs involved in preaching religious beliefs.

Father Bogati, however, denies these accusations. Faith-based groups, aid agencies and NGOs were among the first responders in the relief and recovery effort but purely from a humanitarian perspective.

"Just because you are a Christian group, the label of conversion comes to you automatically," he said.