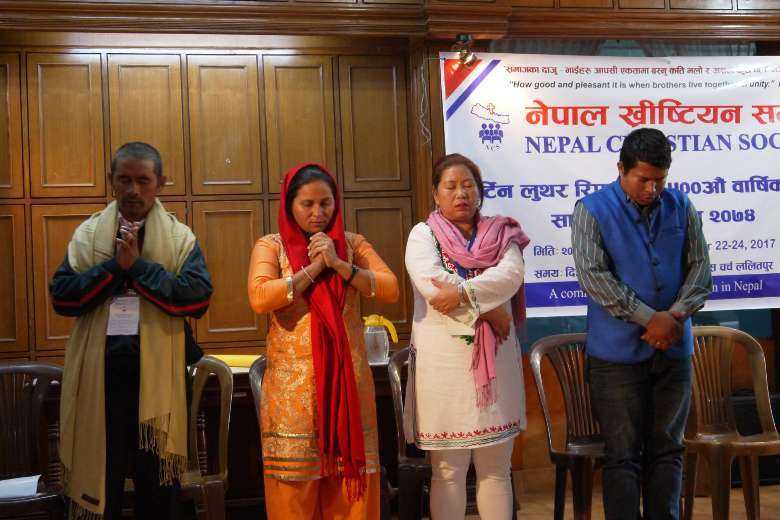 Churches in Nepal are struggling to serve congregations with pastoral and spiritual care after a deadly bout of Covid-19 claimed the lives of some 130 pastors in the Himalayan nation, Christian groups say.

About half of the cases and two-thirds of deaths have been registered since the second wave of the pandemic struck Nepal in April.

The deaths of pastors have created a “leadership vacuum” and many churches are struggling to serve their congregations amid a lack of second line of leadership, according to Hanok Tamang, chairman of the National Church Fellowship of Nepal (NCFN), a leading ecumenical forum.

Tamang said that except for some big churches most have failed to replace pastors and are having hard times due to a loss of income after long closures during the pandemic. The NCFN has appealed to member churches to extend helping hands to neighboring churches facing such challenges.

B.P. Khanal, a pastor and theologian who tracks the deaths of pastors in a database, noted that besides claiming more than 130 pastors, the coronavirus has infected 500 pastors and their family members.

“In the month of May, pastors were dying almost every day,” Khanal was quoted by christianitytoday.org on June 30. “I have never seen something like that.”

Wives and children of the deceased pastors have been hit hard.

Christian pastor, prominent lawyer and religious freedom advocate Gansesh Shrestha died at the end of May following days of battle with Covid-19, leaving his young wife and two children in extreme shock, one of his friends told UCA News.

Dilli Ram Paudel, general secretary of the Nepal Christian Society (NCS), a Christian rights group, noted that many churches are in an existential crisis due to financial losses after being closed for more than 18 months.

Many people have lost jobs due to the pandemic and are unable to donate to churches as in the past, he said.

Despite such difficulties, with support from the NCFN and the NCS, Christians in Nepal have been supporting their neighbors with whatever they can, including food and medicines. They have also been participating in awareness campaign and prayer services for the end of the pandemic in Nepal.

Hindus make up for more than 81 percent of Nepal’s population, Buddhists account for 9 percent, Muslims 4.4 percent and Christians 1.4 percent, according to the 2011 census.

Nepal has only about 8,000 Catholics but an estimated 3-5 million Protestant and evangelical Christians belong to about 12,000 churches, mostly based in the poor, rural heartland of Nepal. The World Database of Christians records Nepal as one of the fastest-growing Christian communities.

At a daily rate of 6.51 deaths per million, Nepal had the worst death scenario in South Asia

The Nepal government’s inept response, including a sluggish vaccination drive as well as gross unpreparedness despite Covid-19 catastrophe in neighboring India, has been blamed for a disastrous second wave of the pandemic.

In January, Covid-19 cases were in decline in Nepal and the government decided to gradually open up the country despite only about 2.5 percent of citizens being fully vaccinated.

Following the end of lockdowns, life returned to normal with political rallies, protests, religious festivals and unfettered public movement, and these turned into super-spreader events of the deadly virus.

As the second wave hit the nation in mid-April, Nepal’s fragile healthcare system collapsed. Hospitals have struggled to get beds and oxygen for the overwhelming number of patients.

At a daily rate of 6.51 deaths per million, Nepal had the worst death scenario in South Asia and crematoriums have been stretched beyond their limits to handle dead bodies. At one point in May, Nepal's army handled 100 bodies on average per day in Kathmandu Valley alone.