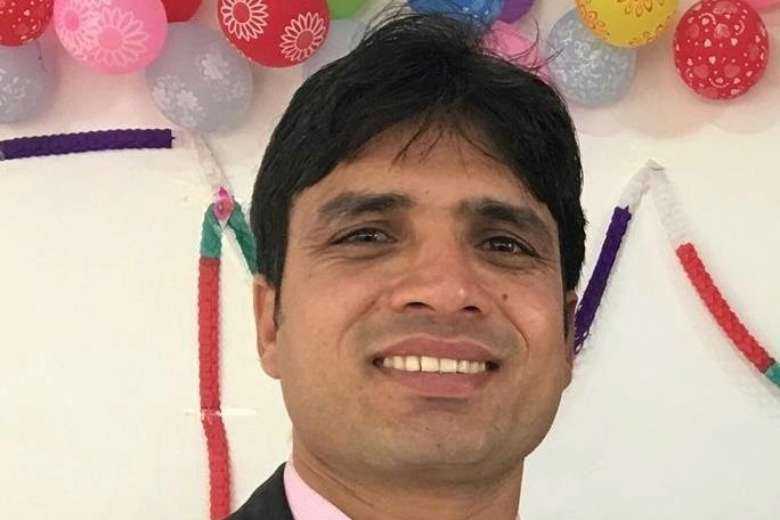 Pastor Keshav Raj Acharya was sentenced to two years in prison and a fine of 20,000 rupees (US$166) for violating Nepal's anti-conversion law. (Photo: Christian Solidarity Worldwide)

A court in Nepal has sentenced a Christian pastor to two years in jail and a fine of 20,000 rupees (US$166) for violating the Himalayan country’s repressive anti-conversion law.

The sentence from the court in Dolpa district in Pokhara region of western Nepal on Nov. 30 came about a week after it found Pastor Keshav Raj Acharya from Abundant Harvest Church guilty of proselytization on Nov. 22, according to US-based International Christian Concern (ICC).

The evangelical pastor was first arrested on March 23 by police in Kaski district after a YouTube video of him went viral on social media. In the video he said that Covid-19 could be healed through Christian prayer.

Pastor Acharya denied uploading the video on the internet. He was released on bail about a month later.

However, he was rearrested immediately without a warrant, sent to prison and then charged under the anti-conversion law and accused of proselytizing and distributing Christian tracts in Dolpa district.

For more than a year, authorities in Dopla district have seemed bent on convicting Pastor Acharya of something and punishing him for simply being a Christian pastor

Nepal is a former Hindu kingdom. The 2015 constitution declared the state a secular democracy.

Proselytization is a serious criminal offense, which began with adoption of the new constitution in 2015. Article 26 (3) of the constitution says: “No person shall behave, act or make others act to disturb public law and order situation or convert a person of one religion to another or disturb the religion of other people … such an act shall be punished by law.”

Nepal's government amended the Penal Code in 2018 and made conversion a criminal offense. Anyone found guilty of conversion and even encouraging conversion can be imprisoned for up to five years and fined up to 50,000 rupees ($416).

“For more than a year, authorities in Dopla district have seemed bent on convicting Pastor Acharya of something and punishing him for simply being a Christian pastor,” Stark said.

He noted that since the adoption of the new constitution, Nepalese Christians feared Article 26 and consequent laws would be used to target the community.

“Today, Nepalese Christians again have seen their fears realized. Nepal’s sweeping anti-conversion law must be repealed if religious freedom is truly a right to be enjoyed by the country’s citizens,” Stark added.

“CSW is deeply disappointed by the conviction and harsh punishment imposed upon Pastor Keshav Raj Acharya, and we continue to assert that the charges against him are unjust,” Thomas said.

“The fact that the pastor was immediately arrested after he was found guilty, in violation of the Criminal Procedure Code, highlights the Nepalese authorities’ disregard for due process and legal procedure, and we urge the Supreme Court to condemn this unfair treatment of the pastor. We continue to call for Pastor Keshav’s full acquittal and immediate and unconditional release,” he added.

About 81 percent of Nepal’s 29 million people are Hindu, Buddhists account for 9 percent, Muslims 4.4 percent and Christians 1.4 percent, according to the 2011 census.

Christian groups say there are estimated 1.5 million Christians in Nepal. The World Database of Christians records Nepal’s Christian community as one of the fastest growing in the world.

Rights groups have documented increasing hostility against Christians including the arrest of pastors and Christian activists since the amendment of the century-old Penal Code banning conversion from Hinduism.